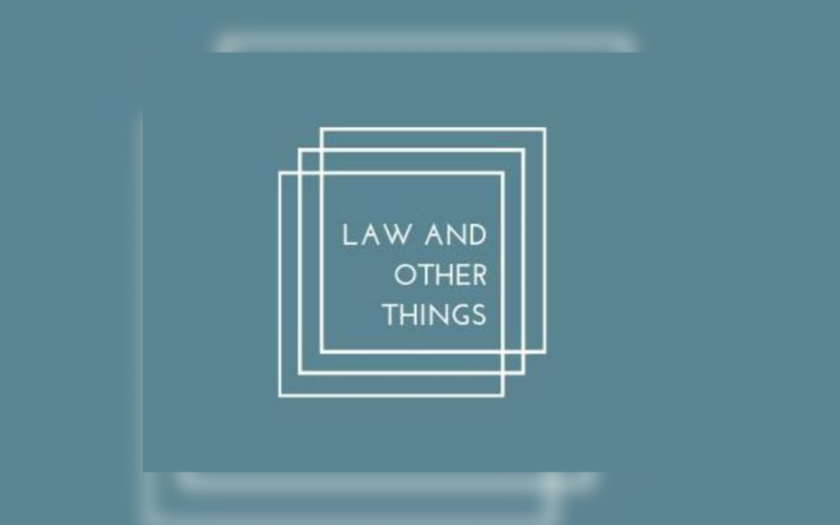 Law and Other Things published a range of interesting articles and new scholarship discussions to further scholarship in public law. Below we bring you an update on the Blog’s activities during December 2021.

We started with a piece by Talha Abdul Rehman titled Digital Millennium Copyright Act and Suspension of Apps on PlayStore. In this piece, the author, while discussing the legalities of a client’s litigation, attempts to unpack the implications of the Digital Millenium Copyrights Act (DMCA) on application software and examines how the DMCA adjudication process ignores the principle of equality of arms and instead reinforces copyright protection, with no real recourse to judicial review.

Next, an analysis piece titled 2021 Myanmar Coup – Surprise or no surprise? by LAOT’s Senior Analyst, Shanthan Reddy, analyses the recent Myanmar coup vis-a-vis the country’s questionable democratic status. He observes that “Myanmar was under the semi-authoritarian rule, with the constitution and other political institutions still granting unelected military officials broad powers. In such circumstances, a coup is not a surprise, rather, it is a long-overdue event. The keys to restoring an autocratic military regime were placed in the hands of the military through constitutional powers. The military decided to use the keys in 2021.”

This was followed by Part 1 of a two-part Explainer series titled  Aadhar and Exclusion: The Public Distribution System in India by LAOT’s Analyst Nitya Ravichandran, who discusses the impact of Section 7 of the Act, which was proposed as a way to include a greater number of deserving beneficiaries in the country’s welfare schemes. She concludes that it has had the opposite effect of removing a large number of beneficiaries from the system.

Lastly, Zaid Deva, in his piece titled Why the Jammu & Kashmir Constituent Assembly Debates Matter, further elaborates upon his previous discussions at LAOT on the importance of the J&K Constitutional Assembly Debates. The article highlights the significance of the J&K Constituent Assembly Debates (J&KCAD) for constitutional interpretation and notes, “the J&KCAD matter not just for interpreting Article 370 but also because they reveal certain important facets of constitution-making in J&K that have the potential to radically change how we have been looking at Article 370 until now”. To enable access to this very important resource, we have shared the digital copies of the J&KCAD and the Autonomy Report, 2000 on our website here.

We began a discussion on Dr Sneha Banerjee and Dr Prabha Kotiswaran’s paper in Volume 5 of the Indian Law Review titled Divine labours, devalued work: the continuing saga of India’s surrogacy regulation provide a feminist critique of the Surrogacy (Regulation) Bill, 2019, arguing that it reflects a limited understanding of surrogacy’s complexities, is discriminatory in its approach, is riddled with ambiguity, is unrealistic, and lacks adequate surrogate safeguards. They argue that women’s reproductive labour in surrogacy is valued but uncompensated, and they conclude that the Bill, in its current form, is constitutionally vulnerable. Our Editor Eeshan Sonak summarised the arguments made by the authors.

Chayanika Shah, in a response, furthers the discussion by highlighting how the Surrogacy and Assistive Reproduction Technology Bills are flawed in logic, only benefit cis-het married couples, are explicitly discriminatory and police women and children in the name of protecting them. She concludes by noting that the bills must go back to the drafting table.

Anindita Majumdar in their response also highlights the manifest arbitrariness of various provisions, brings forth the missing discussion on kinship and coercion within the family system, and reiterates the authors’ argument of how the ban on commercial surrogacy forces doctors, agents, surrogates and IPs into potential criminality.

Finally, Swati Gola in their response discusses the paper’s arguments regarding lack of compensation, absence of a contract and the need to streamline surrogacy with assisted reproductive technologies. She draws upon her paper in her reading of the bill, critiques some of the abovementioned arguments, and concludes by noting that regulation is important to balance all stakeholders’ interests, cautions against ignoring potential health risks faced by socio-economically weak surrogates in the name of reproductive autonomy, and highlights that the bill must be equitable in selecting potential receivers of surrogacy services.

Lastly, continuing our discussion on Danish Sheikh’s book “Love and Reparation: A Theatrical Response to Section 377”, Kriti Sharma, in their review titled To Live and Love in the Shadow of Section 377 notes that the play Contempt brings forth the judges’ myopic understanding of same sex relationships as obscene through emphasising on the repetition of homophobic phrases like ‘carnal intercourse against the order of nature’ in a supreme court judgement. The influential nature of the play and how it normalises discourse surrounding identity and creates a safe space is addressed. While discussing another play, Pride, it is noted, helps contextualise human rights litigation from a stakeholders’ perspective, the various differences that arise between them with intersectional identities are categorised as one by the law without adequate nuance. The author concludes by noting the personal impact a certain trajectory in the play has made on them, and quotes “The playwright reminds us that in the imperfect world one must carefully choose to carefully hold on to the good.”