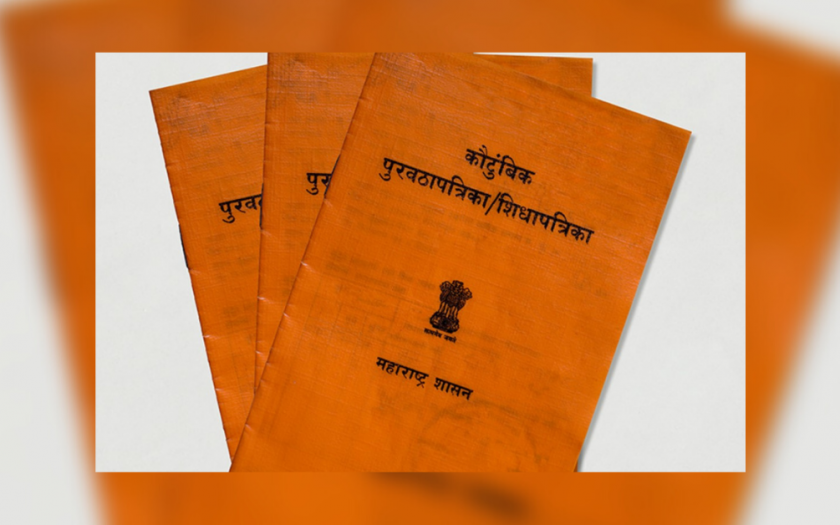 Ed Note: [This piece is Part 1 of a 2-part series discussing the exclusionary effect of the Aadhaar Act. In this post, our analyst Nitya Ravichandran, discusses the impact of Section 7 of the Act, which was put forth as a measure to include a larger number of deserving beneficiaries under welfare schemes in the country. It has, however, had the opposite effect of excluding a large number of beneficiaries from the system.]

The linking of Aadhaar with public welfare schemes has been propounded as an effective way to weed out leakages and corruption, and thus ensure that only legitimate beneficiaries are able to avail of the benefits of the Public Distribution System (“PDS”) in India. Section 7 of the Aadhaar (Targeted Delivery of Financial and other Subsidies, benefits and services) Act, 2016 (“Aadhaar Act”) provides for the delivery of benefits through Aadhaar authentication, or through proof of possession of an Aadhaar number. The idea, then, is that even if there is a failure of authentication, providing a copy of the Aadhaar card would suffice till the error is rectified, and that agencies requiring Aadhaar are required to assist in enrolling the beneficiary and provide benefits till the Aadhaar is granted. It has been argued that it is a “technology of people’s empowerment and not a tool of exclusion or denial.”

In this context, this piece discusses how the linking of Aadhaar with the PDS system in India prevents some of its beneficiaries from accessing benefits under the scheme, and the constitutional challenges that this triggers.

The Right to Food and the PDS

The COVID-19 pandemic and resultant lockdowns have exacerbated the problem of food insecurity. This means that there is a denial of the Right to Food for those denied access to the PDS.

The Right to Food means that every person should have physical and economic access at all times to adequate food or means to its procurement. It has been viewed as an inherent part of the Right to Life and Liberty recognised under Article 21, read with Article 47 of the Constitution which stipulates that the State has a primary duty to raise the level of nutrition and the standard of living of the people. The Right to Food can hence be read into the ambit of Article 32 of the Constitution. The National Human Rights Commission has additionally recognised the right to be free from hunger and starvation as a direct concern of its members under the provisions of the Protection of Human Rights Act, 1931. The Right to Food is an effective right, and hence any act that undermines the same would be violative of the constitution.

Further, it is an accepted constitutional principle that rights have both positive and negative dimensions. In their negative dimension, an individual is protected from state interference in their lives. In their positive dimension, a state is mandated to take active measures to safeguard a right that is afforded to citizens, and protect, respect and fulfil those rights. Article 21 includes both positive and negative aspects of the right – the negative aspect would include a prohibition of the arbitrary deprivation of the right to life, while a positive obligation would require the state to take administrative and other measures to protect life.  The PDS system, in its present form, serves to safeguard the Right to Food, with approximately 67% of the country’s population dependent on the same.  It ensures the right to lead a life of dignity for the most vulnerable sections of society. The State hence has to ensure that the system is operational, and that such measures are not hindered by the State’s own activities.

The validity of Section 7 of the Aadhaar Act was challenged in the case of Justice K.S. Puttaswamy v Union of India (“Aadhaar judgement”). The subsequent rejection of the Aadhaar Review Petition has meant that the Aadhaar can be validly incorporated into public welfare schemes. There are three main issues that emerge in the process of linking Aadhaar with the availability of benefits. Firstly, there is a reliance on authentication of biometric data. This is an issue because many of the beneficiaries of the PDS are engaged in manual labour, as a result of which fingerprint authentication becomes impossible. While Aadhaar also stores an iris scan, most electronic Point of Sale (“ePoS”) devices available are rudimentary, and do not contain this feature.

A second related issue is that authentication requires a reasonably stable mobile network, which is not readily available in many parts of India. However, it is important to note that this is not just an issue that affects the rural poor, but the urban poor as well.

Thirdly, inefficient biometric updating and linking processes, and consequent non-seeding of ration cards with Aadhaar cards has led to several families not being given any rations, and in several cases has led to the cancellation of such ration cards.

The contention of the majority in the Aadhaar judgement is that the Aadhaar scheme seeks to ensure financial inclusion by providing a means of identification to every segment of the population, including those who may not have been within the coverage of traditional markers of identity, and therefore that the mandate of Section 7 is founded on Legitimate State Interest.

The court in the Aadhaar judgment said:

It cannot be accepted that few cases of exclusion as pointed out by the petitioners makes Section 7 itself arbitrary and violative of Articles 14 and 21.

However, mandating Aadhaar for access to the PDS system has the effect of exclusion. This exclusionary effect and the need to rectify the same has only been cursorily addressed in the judgement. The same concerns were addressed in detail in the dissenting opinion in the Aadhaar judgement. Justice DY Chandrachud said that the dignity of the individual could not be subjected to algorithms or technological vulnerabilities, and that the denial of socio-economic benefits for the marginalized would be unconstitutional (Paragraph 262). Exclusion for no fault of the individual would be a violation of an individual’s dignity.

If the PDS system as it stood was fulfilling the State’s positive obligations, mandating Aadhaar linkage was a step backward – the legislation failed to discharge its obligations and rendered the positive aspects of the right illusory. Subjecting this aspect of the Aadhaar Act to judicial review should have caused the same to be struck down, due to its exclusionary (albeit unintentional) effect.

The Indian legal system is not unfamiliar with schemes that have backfired. One example is that of the ban on child labour through the Child Labour (Prohibition and Regulation) Act of 1986, which actually increased the number of children below legal age in the workforce. Similarly, the ban on sex-selective abortions, while intending to prevent female foeticides, has caused a lot of women to turn towards unsafe abortions, or increased discrimination in later years. Like its predecessors, Aadhaar linkage seems to have become a victim of perverse consequences – while it sought to increase the reach of the PDS system and improve its reach, what it managed to do was cut out several of the most needy from the system.

Nitya is a fourth-year student at NALSAR. She is interested in Environmental Law, Constitutional Law, and Education Policy.