The High Court of Bombay in Balchand Lalwant v. Nazneen Qureshi recently held that a Hindu who had converted to Islam, would be considered eligible to succeed to her father’s property under the Hindu Succession Act, 1956 (“HSA”). This comes at the heels of another Gujarat High Court decision which had reached a similar conclusion. The key difference however was, that the Gujarat High Court had reached its decision based on the Caste Disabilities Removal Act, 1850 (“CDRA”), which was subsequently repealed as part of the Union Government’s drive to repeal obsolete laws. In light of the same, the Bombay High Court tried to reach the same conclusion by employing a different reasoning. Resultantly, while being progressive in terms of ensuring that legal heirs are not denied their right to property upon conversion the judgement stands on a shaky legal footing.

Legislations such as the HSA, forming part of Hindu personal law reform in the 1950s, utilized a presumption of Hinduism in determining their applicability. Thus while Section 2(1)(a) of the HSA inclusively makes it applicable to all Hindus by religion, Section 2(1)(c) of the HSA exclusively makes it applicable to all those persons who are not Muslim, Christian, Jew or Parsi be religion. Therefore, all persons who do not fall in any of these religious categories are considered Hindu for purposes of application of the HSA. Moreover, by way of an Explanation to Section 2(1) the phrase “hindu by religion” has been defined as including a child, legitimate or illegitimate, both of whose parents are Hindu. The Explanation, therefore, only defines who a Hindu by religion is, with this larger category being circumscribed by the express prohibition that provisions of the HSA will not be applicable to persons who are Muslim, Christian, Jew or Parsi. Thus, provisions of the HSA will not apply to a Hindu was has converted to any of these four religions.

Further, Section 26 of the HSA stipulates that a convert’s descendants would be disqualified from succession under the HSA unless they were Hindus (through reconversion) at the time of succession.

The issue before the Bombay High Court was whether a Hindu female who has converted to Islam would under the HSA still be considered a legal heir for purposes of succession to her deceased father’s self-acquired property. The Court held that right to succession was a proprietary right that was acquired at birth under the HSA and such a right could not be denied by the mere factum of conversion. Further, it interpreted Section 26 to hold that the legislative intent was to limit the disqualification to the descendants of the convert and not the convert herself. Therefore, if the legislative intent has been to exclude the convert then the same would have been expressly stated.

This reasoning is flawed at two levels. First, the right to succession under the HSA is speculative and is only acquired once the succession opens. Therefore, unlike joint family property which gives every coparcener a right at birth, albeit fluctuating, no such right exists for succession to self-acquired property under the HSA. A right is only acquired when succession opens, i.e. upon the death of the intestate. The absences of any rights are the reason the intestate remains free to give away her property by testamentary disposition to anybody she wishes during her lifetime.

In fact, Section 6(a) of the Transfer of Property Act excludes a transferee from transferring a mere chance of succession i.e. spes successionis since such an heir apparent’s mere chance of succeeding does not constitute an interest in property. Therefore, an heir’s chances of succeeding to self-acquired property under the HSA are at best speculative and no right to the intestate’s property can be said to have been acquired by birth.

Second, the Court held that the legislative intent behind the HSA was to allow the convert to succeed to property. The Court held that the same was evidenced by the fact that Section 26 only disqualified the convert’s descendants and not the convert herself. However, to attribute such intent is problematic since the CDRA was in force when the HSA was enacted. Therefore, the convert’s right to acquire property pre-existed the HSA and could not have been based in it. As explained above, Section 26 only limited the exemption to disqualify the convert’s descendants from inheriting, the exemption itself had already been in existence.

The High Court of Gujarat while concluding that a convert would be entitled to property had primarily relied upon provisions of the CDRA. However, the High Court also tried to base its conclusions independent of the CDRA, by reasoning that Section 2 of the HSA only determined applicability of the enactment in relation to the intestate and not the heirs. Hence, in relation to the heirs all prior disqualifications in Hindu law relating to inheritance, such as the rule that required widows to be chaste to inherit property, were done away with by Section 28 of the HSA that abolishes all existing disqualification unless statutorily recognized. However, the legislative design of the HSA accounts for the religion of the heir. For instance, Section 26, which otherwise disqualifies the heirs of the convert, re-qualifies them if they become Hindus by religion at the time the succession opens. Thus, this line of justification remains unconvincing.

Repeal of the CDRA and the need for Legislative Intervention

Therefore, post the repeal of the CDRA there is no basis for a convert’s succession to property under Hindu law since the HSA does not contain any independent basis for recognizing the same. While the Bombay High Court’s conclusions are progressive, the tenuousness of the legal reasoning leaves them open to appellate challenge and scrutiny by other High Courts across the country. The repeal of the CDRA has thus taken away a valuable right that converts from Hinduism had thus far enjoyed.

The High Court of Bombay while delivering its judgement observed that recognizing a convert’s right to inherit was in keeping with the provisions of Article 25 of the Indian Constitution which guarantees the freedom of religion and conscience. Whether doing so is indeed a constitutionally imperative is a more complex question, but the Bombay High Court’s efforts to restore the position that existed prior to the repeal of the CDRA leave much to be desired.

To avoid any future controversy and restore the position that existed prior to the repeal of the CDRA, it would be conducive to appropriately amend the HSA to recognize the covert’s right to inheritance under Hindu succession laws.

Akshat Agarwal is graduate of National Law School of India University, Bangalore. He would like to thank Samhita Mehra for her comments on an earlier version of the piece. 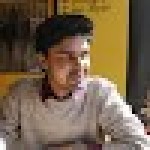