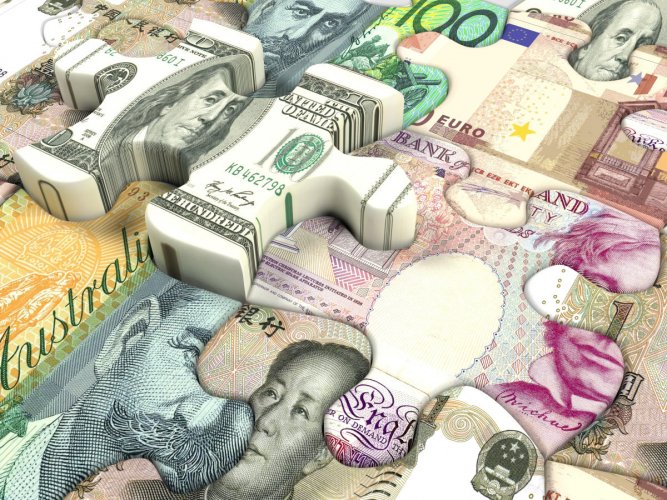 The Petitioners in Noel Harper premised their challenge principally on the bases that a) the bar on further transfer of foreign contributions violates Articles 14, 19(1)(a), and 21 of the Constitution of India, 1950 (‘Constitution’); b) the obligation of office-holders of societies/trusts to produce Aadhaar cards for registration violates the right to privacy and contravenes the Supreme Court’s judgment in Justice K.S. Puttaswamy (Retd.) v. Union of India (Aadhaar) (‘Puttaswamy 2018’); and c) The stipulation that FCRA accounts could only be opened at a particular branch of the State Bank of India is unjustified, excessive, and arbitrary.

In disposing of Noel Harper, the Supreme Court upheld almost all the impugned amendments, while reading down the stipulation of office-holders of trusts/societies having to produce their Aadhaar cards during registration, and holding that the production of Passports would suffice.

Four Prongs and Evidentiary Evaluation: The Doctrine of Proportionality

The assailing of a legislative/executive enactment on account of it being disproportionate and excessive (and thus unreasonable) is not novel. Indian Constitutional jurisprudence is replete with instances of disparate and interspersed usages of the constituent elements of the proportionality test. Such instances are exemplified by Ibrahim Wazir v. State of Bombay (1954) (dealing with an excessive restriction on the right of residence); Chintaman Rao v. State of M.P. (1950) (pertaining to an excessive restriction on the freedom of trade and business); State of M.P. v. Baldeo Prasad (1960) (dealing with a violation of Articles 19(1)(d) and 19(1)(e) of the Constitution on account of statutory vagueness).

It was in Modern Dental College and Research Centre v State of Madhya Pradesh (2016) (‘Modern Dental College’) that a Constitution Bench of the Supreme Court consolidated the doctrine of proportionality into a four-prong test to be employed by Courts adjudicating upon the constitutional validity of Parliamentary action. The Supreme Court held that any restrictions on the enumerated freedoms under Article 19 of the Constitution would need to be proportionate to be deemed reasonable and thus Constitutional. This test was subsequently also employed by the Supreme Court in Justice K.S. Puttaswamy (Retd.) and Anr. v. Union of India and Ors. (‘Puttaswamy 2017’).

The proportionality test thus laid down in Modern Dental College and Puttaswamy 2017 requires a Constitutional Court to make the following inquiries of an allegedly unconstitutional Parliamentary action:

Noel Harper’s engagement with the doctrine of proportionality

The Statement of Objects and Reasons for the Amending Act, accepted prima facie, appears to make a case for further regulation under the FCRA regime, inasmuch as recipients of foreign contributions were stated to be in violation of certain basic statutory compliances prescribed by the FCRA and its rules. Notably, the Centre did not place on record any further explanation/cogent statistics or data to demonstrate the ‘gross’ non-compliance and ‘misutilization of funds’ by FCRA-registered organizations. Regardless, Noel Harper notes, at various points, that the stated objective of the impugned amendments was, essentially, to implement a stricter regime to regulate foreign contribution on account of ‘the past experience of abuse and misutilisation of the “foreign contribution”’. It appears that a low evidentiary threshold was employed in examining the necessity of the impugned amendments. The Supreme Court’s engagement with the first prong of the test could have been better served with a more stringent analysis of empirical data/cogent evidence to evaluate the stated rampant abuse and misutilisation of foreign contributions in the past. To effectively check over-zealous governance, it is crucial that Constitutional Courts subject the State to a high level of evidentiary scrutiny while adjudicating on the vires of rights-intrusive measures. This would effectively compel the State to ensure that any prospective legislation/amendment having the potential to violate fundamental rights would, in the first place, be demonstrably necessary. The Supreme Court in Noel Harper dealt with the first prong of the proportionality test without critically analyzing the legitimacy of the Amending Act’s stated objective, or the evidence if any to demonstrate the need for it.

Noel Harper’s subsequent analysis is unclear qua its engagement with the other prongs of the test. A reading of Noel Harper as a whole appears to suggest that the Supreme Court has omitted to engage with the second, third and fourth prongs of the proportionality test altogether.

The employment of the second prong of the test would have necessarily prompted the Supreme Court to enquire whether the impugned amendments, assuming they were necessary in the first place, are sought to be implemented in a reasonable manner. The Supreme Court’s omission to employ this prong of the test is also evident in its corresponding (and intrinsic) omission to employ its third prong, as set out below.

The third prong necessitated an evaluation of whether the impugned amendments put in place the least rights-intrusive method of meeting the stated objective of the Amending Act. The authors submit that, viewed from this lens, amended Sections 7, 12, and 17 of the FCRA could not have passed constitutional muster, as the foregoing restrictions introduced through them are significantly unreasonable and excessive. For instance, amended Section 7, instead of developing a system of checks and balances to restrict the misutilization of foreign inward remittances, takes the extreme step of prohibiting onward transfers of such funds altogether. This evidently betrays a lack of understanding of the ecosystem in which several grassroots NGOs operate, as smaller NGOs (on account of obvious logistical and financial constraints), find themselves unable to liaise with foreign donors directly. Similarly, amended Sections 12 and 17 also impose unnecessarily onerous pre-conditions. The prescription of opening an FCRA account at a singular bank branch is likely to cause considerable difficulty to NGOs operating in remote parts of India. It is important to put this in perspective: the ability of such NGOs to, in the alternative, receive assistance from their more resourceful counterparts has also been curtailed by amended Section 7.

In Puttaswamy 2018, the Supreme Court, while referring to the third prong of the proportionality test, had observed that it is incumbent upon state authorities to have ascertained the existence of alternative mechanisms before introducing restrictions on fundamental rights. Significantly, in Internet and Mobile Association of India v. Reserve Bank of India, the Supreme Court found Article 19(1)(g) of the Constitution to have been violated as ‘alternative measures’ had not been considered. This is yet another demonstration of the low level of evidentiary scrutiny imposed upon the State to justify whether less-intrusive measures could have been employed.

In view of Noel Harper’s omission to engage with the third prong, it follows that even the fourth prong, viz. the balancing of the stated objective against the rights-intrusive measures, was not engaged with.

Thus, curiously, after dealing with the first prong in a limited manner, Noel Harper halted its analysis.

Significantly, Noel Harper also categorically states that the Courts ‘ought not to adopt a doctrinaire approach in construing the amended provisions and undermine the legislative intent of strengthening the regulatory mechanism concerning foreign contribution’ [Paragraph 59]. This avowed position, when seen with Noel Harper’s partial engagement with the proportionality test, poses some confusion: has the proportionality doctrine been re-written to envisage its exclusion in certain circumstances? Or has Noel Harper simply misunderstood the scope of the doctrine? The answer eludes the authors, at least on a reading of the judgment.

The Way Forward: Uniformity in Approach

While Modern Dental College endeavored to lend a quietus to the conception and application of the proportionality test, subsequent experience demonstrates that this has not been the case, inasmuch as the application or definition of the test have followed divergent trends. Noel Harper is, thus, not unique either in omitting to engage with all the substantive elements of the proportionality test; or in employing limited evidentiary scrutiny in evaluating a rights-intrusive measure of the State.

It is, however, a fresh reminder of the scope for the erosion of fundamental rights on account of apparent jurisprudential confusion and lack of uniformity in the application of the proportionality test. It also demonstrates how the principally stringent proportionality test can be whittled down by subjecting the rights-intrusive measure to a low evidentiary threshold. Going forward, the authors hope that more is done to dispel the impression that the doctrine of proportionality is only as effective as its last cogent application by a Constitutional Court.

Shagun is a law clerk-cum-researcher at the High Court of Delhi. Siddharth is an advocate practicing in courts in New Delhi. Views are personal.