This post is the concluding part of a three part series deconstructing the Sabrimala Verdict which opened the gates of temple to women devotees. You may the find the first post here and the second post here.

All judges, except J Malhotra ruled that the devotees of Sabarimala are not a religious denomination and exclusion of women is not an essential practice. Hence, the majority could have allowed entry to women based on the above, without dwelling into other issues. However, the judges dealt with some other important issues which would be analysed in this part.

The analysis of this issue with respect to the tenets of Article 14 of the Constitution is missing from the judgments of J. Misra as well as J. Nariman. This could be attributed to the presence of other provisions which could well-establish the illegality of the prohibitive practice. However, the analysis of this issue with respect to Article 14 could have been easily added to J. Misra’s verdict as he explicitly observed that the temple could be considered within the ambit of “other authorities” under Article 12 which defines State. Thus, the temple is susceptible to claims of Article 14 and Article 15 of the Constitution. The discussion around women’s rights in both their judgments is restricted to the violation of their religious rights. They did not undertake a detailed deliberation upon the women’s rights to be treated equal to those of men and to be treated with dignity.

On the other hand, J. Chandrachud elaborately discussed the effect of the Article 14, Article 15 and Article 21. He remarked that the stereotypical approach of the society in considering the women to be “too weak” to complete the arduous journey required to reach the temple, or to observe the 41-day penance, is against the notions of dignity enshrined in the Constitution (para 53). He opined that the beliefs of impurity associated with various physiological features of women have no significance to their equal entitlements under the Constitution (para 57). Therefore, the prohibition is inherently inconsistent with Article 14, 15 and 21(Right to dignity), and must be struck down.

In contrast to this, J. Malhotra undertook a detailed analysis of the issue in context of Article 14 and 15 of the constitution and upheld the constitutional validity of the prohibition. She observed that a court cannot strike down a religious process simply due to its conflict with Article 14, unless it is a social evil (para 8.2). Drawing on this, she refuted petitioners’ contentions by holding that such exclusion was not a social evil like Sati, and thus, must not be interfered with.  She also refuted the argument contending that the grouping of women on the basis of age of 10-50 years was arbitrary as neither everyone within this age bracket would necessarily experience the menstrual cycle, nor will there be a total absence of women outside this age bracket experiencing the menstrual cycle. In her opinion, it was not arbitrary as it was the “only practical way” to achieve the desired objective of excluding all women experiencing the menstrual cycle (para 8.4). However, she did not consider the constitutional validity of the objective itself.

In relation to Article 15, J. Malhotra’s verdict was restricted to the deliberation regarding Article 15(2)(b) and whether Sabarimala could be considered as a “place of public resort” to invoke that clause. The amicus curiae had submitted that temples and other places of religious worship are under the purview of Article 15(2)(b) as it contains the phrase “public resort.” In response to this, J. Malhotra observed that a motion moved in the Constituent assembly to amend the then-draft Article 9(1) to add the phrase “temples and places of worship” to the clause was not passed by the constituent assembly. This, according to her, shows that the constitution drafters did not intend to include “temples and places of worship” in Article 15(2)(b). Therefore, she held that any arguments contending such inclusion of Sabarimala, which is a temple, to the phrase of “place of public resort” cannot be accepted (para 9.2).

Additionally, she noted that the process of judicial review did not give the courts the discretion to determine the validity of religious beliefs (para 8.6). However, this position of law taken by J. Malhotra essentially treated religious beliefs as sacrosanct, and thus, unquestionably prioritises religion over the constitution. Giving such immense authority to religion paves way for religious authorities to misuse their powers and further perpetuate the evils of discrimination and suppression.

Article 17 of the Constitution abolishes untouchability in any form. J. Misra’s and J. Nariman’s opinion made no attempt to discuss the scope of Article 17, even though it was a contention of the petitioners that the ban is based on a social taboo that considers menstruating women as impure and since it is based on notions of purity and impurity, it also violates women’s right against untouchability. However, J. Chandrachud, discussed its relevance in detail, and consequently ruled in favour of the petitioners.

His analysis is based upon three major reasons.

First, he reasoned that, as “untouchability” is not defined anywhere in the constitution, intention of the drafters in determining the application of Article 17 must be considered (para 70). He remarked that rejection of the amendments, which sought to define the term, moved in the Constituent Assembly shows that the drafters consciously chose to not define it (para 72).  The intention of drafters to give the term a broad ambit was reflected in their refutation to define it.

Second, to further substantiate this, he cited the objective and necessity of the Constitution. He observed that the Indian Constitution is a powerful medium for the classes being discriminated against by the society to emancipate themselves, and that Article 17 is a major tool in this process of emancipation (para 74). Thus, any of its interpretations that emancipated the backward and discriminated social groups is well within the purview of the constitution.

Third, he sought to connect the stigma of caste to menstruation by searching for similar links in the two. He noted that the traditional connotation of Article 17 was based on the notions of impurity and pollution associated with the caste system, and that the perception of menstruation in our societies is essentially the same (para 81). Such notions regarding menstruation are also violated the dignity and privacy of the women, as laid down by Puttaswamy v. Union of India. He remarked that the “fight for entry in the temple is not as much in the context of freedom, than it is a way to fight against the societal stigmas and taboos related to menstruation.” Thus, he held the prohibitive practice to be unconstitutional for being violative of Article 17.

J. Malhotra’s dissent completely rejected the possibility of expanding the scope of Article 17 to include women. She observed that a perusal of Constituent assembly debates as well as revered commentaries on Indian constitution reflected that the applicability of Article 17 should not be extended beyond the context of caste discrimination. In light of the elaborate analysis of Constituent Assembly Debates undertaken by J. Chandrachud, her discussion is extremely restricted and fails to consider the arguments of the petitioners in a holistic manner. She also cited the lack of availability of precedents to decide the case in the manner contended by the petitioners.

The rights of the deity under Article 21 – Right to Privacy and Right to maintain its celibate status – were one of the major legal arguments advanced by the respondents. Therefore, J. Malhotra’s dissent, favouring respondents, was expected to have a detailed discussion on these rights and settle the position. However, there is no mention of this issue in her entire 75-page verdict. Similarly, J. Misra as well as J. Nariman did not make any observations regarding this issue.

However, J. Chandrachud discussed the question of deity’s rights. He acknowledged (para 105) the fact that the deity is considered a “juristic person,” and some statutes perceived it to be within the ambit of “person.” Due to this characteristic, a deity may sue or may be sued in the court of law. However, the fact that some statutes gave it a legal right did not necessarily mean it had constitutional rights as well. He observed that Article 26 and Article 25 of Part III were specially embedded for catering to religious concerns and remarked that the deity would not be considered as a bearer of any of the Fundamental Rights enshrined under Part III of the Constitution (para 106).

If the devotees were held as a religious denomination, and exclusion was an Essential Religious Practice test, entry of women could still be justified on two grounds. First, is by looking at morality under Article 25 and 26 as constitutional morality and ruling in favour of women’s rights, as done by J Misra and J Chandrachud. Second, by declaring the ban as a violation of Article 14 and 15 and that freedoms of Part III are not disjunctive but exist in harmony, hence Article 26 reading in a manner that preserves other individual freedoms- an approach that was clearly used by J Chandrachud. It goes without saying that the Sabarimala verdict will go a long way in shaping legal challenges on other discriminatory practices against women in the future. 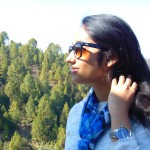 Bhavisha Sharma is a second year student of NALSAR University of Law, Hyderabad