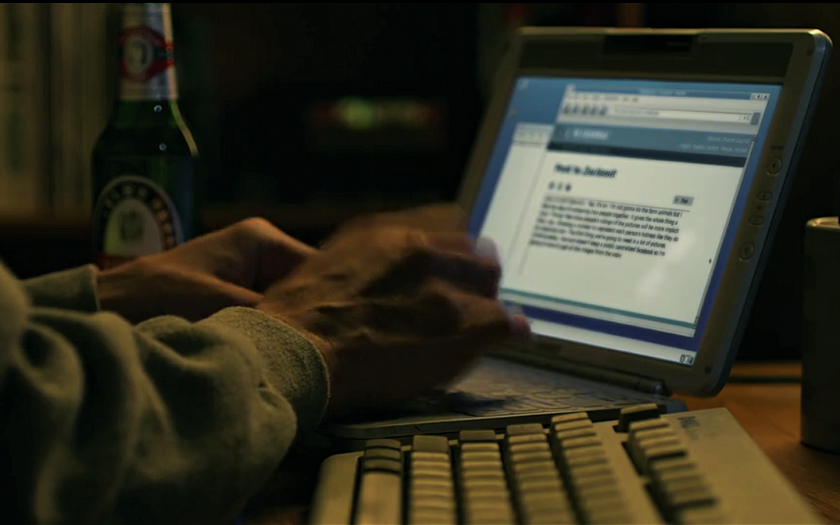 Anmol Jain writes an extensive two-parter where he analyses the merits and demerits of online anonymity while developing an idea for an alternative legal regime that may address the concerns posed by such anonymity without taking away the immense benefits it provides.

User anonymity is a common and prevalent theme across several social media intermediaries (“SMIs”) operational today. They allow users to create, upload, share, react and interact with other users under the veil of a pseudonym. Such anonymity, which creates a parallel internet identity for users, may drive them to share opinions in an unfiltered manner under the assumption that their actions will have no tangible effects on their real-life activities or engagement. As John Suler, one of the leading researchers of behavioural patterns of internet users notes,

“anonymity is one of the principal factors that create the disinhibition effect. When people have the opportunity to separate their actions online from their in-person lifestyle and identity, they feel less vulnerable about self-disclosing and acting out. Whatever they say or do can’t be directly linked to the rest of their lives. In a process of dissociation, they don’t have to own their behavior by acknowledging it within the full context of an integrated online/offline identity. The online self becomes a compartmentalized self.”

This design choice by SMIs has resulted in users facing anonymous abuse on a constant basis [see Box 9 on page 34]. A research study has found that ‘the ways people express themselves online is significantly dependent on whether their true identity is intact, suggesting not just a correlation between anonymity and incivility but also causation.’

While people identifying as LGBTQ+, minority, and women have flagged this issue more frequently, socially and politically empowered groups like judges, politically, and professional sportspersons have been equally impacted by anonymous online abuse, shaming, and incivility. This is rendering the social media platforms into unsafe spaces and could potentially impact the users’ free speech rights and impact vital democratic values as users may feel compelled to leave such platforms. [see Box 9]

Such anonymous accounts, which at times are social media bots, may also be utilized to spread disinformation, misinformation, and fake news. They may be exploited for spreading communal violence, developing fake political narratives, and causing confusion among people in times of uncertainty and disasters. There is, therefore, an urgent need for lawmakers and SMIs to devise solutions regulating anonymity over the internet.

Indian Law and the Regulation of Online Anonymity

The now scrapped Personal Data Protection Bill 2019 was the first legislative comment on the desirability of a user-identification regime in India [see Section 28(3)]. It obliged every significant data fiduciary to enable users registered in India or using their in India to voluntarily verify their accounts. A similar provision was also introduced under Rule 4(7) of Information Technology. (Intermediary Guidelines and Digital Media Ethics Code) Rules 2021, which imposed this obligation on every significant social media intermediary.

There is a general acceptance of the argument that the facility of voluntary verification does not address the concerns associated with user anonymity. It fails to provide any solution against online anonymous abuse or the spread of misinformation, disinformation and fake news. It only provides a mechanism for genuine users to verify themselves and lend authenticity to their online content.

Recognising the same, the Joint Parliamentary Committee on the Personal Data Protection Bill 2019 suggested making SMIs liable for the content published on their platforms by anonymous users. They premised this argument by noting that SMIs, instead of being considered as mere intermediaries, must rather be treated as publishers as they control the content hosted on their platform and can select the receiver of the content by applying their sophisticated algorithms that study user preference and past behaviour to serve customized content to their users. In this process, the Committee also recommended transforming the verification exercise’s voluntary nature into mandatory (¶1.15.12.4). It noted, in paragraph 1.15.12.7,

“A mechanism may be devised in which social media platforms, which do not act as intermediaries, will be held responsible for the content from unverified accounts on their platforms. Once [an] application for verification is submitted with necessary documents, the social media intermediaries must mandatorily verify the account.” (also see ¶2.126)

In my opinion, this is an extreme approach to adopt. Instead of providing effective and targeted solutions to the problems, this approach suggests a rather simplistic solution to deal with the vices of anonymity, i.e. delegitimize anonymity. In the paragraphs to follow, I argue why this approach may not be legally tenable under the law as it stands today in India.

Online anonymity can be considered as an attribute of the right to free speech and privacy. While it is true that anonymity and privacy are two different ideas, in the social media space, users claiming anonymous existence on a platform are necessarily petitioning for a situation wherein any information that could connect their online identity with their physical self must not be made readily available to the public at large. Nevertheless, certain scholars even argued that there is a limited right to anonymity guaranteed under the Indian Constitution. Therefore, any restriction on the users’ ability to have an anonymous social media existence must meet the requirements of legality, legitimate aim, necessity and proportionality, as laid down by the Supreme Court in K.S. Puttaswamy v. Union of India.

While a law enacted to delegitimize anonymity may meet the requirements of legality and legitimacy of aim, it would be difficult to justify it as the least restrictive solution available to achieve the aim of protecting users from online abuse, incivility, and misinformation and disinformation campaigns. This is for the simple reason that despite having an upfront anonymous account, every SMI collects certain personal information like mobile numbers from its users at the time of registration that may be utilized by the law enforcement agencies, while operating within the domain of the data protection regime, to redress any complaint of online harm. Users also leave a huge amount of digital footprint which, if necessary, may be analyzed to trace the activities of an anonymous user to a physical body. Therefore, anonymity does not result in the total non-traceability of users operating under pseudonyms. Law enforcement officials and SMIs possess the necessary technologies to trace the origin and location of the users.

A blanket prohibition on anonymous social media presence may not even be considered proportional to the costs it imposes on users’ right to free speech and privacy. It is undeniable that while a good share of abusive or fake content may be ascribed to anonymous users, there have been multiple instances of verified users engaging in such activities. As the Joint Parliamentary Committee on the UK Draft Online Safety Bill 2021 has also observed,

“Anonymity and pseudonymity themselves are not the problem and ending them would not be a proportionate response. The problems are a lack of traceability by law enforcement, the frictionless creation and disposal of accounts at scale, a lack of user control over the type of accounts they engage with and a failure of online platforms to deal comprehensively with abuse on their platforms.” (¶91)

Therefore, delegitimizing anonymity is not only a constitutionally questionable approach but also an ineffective solution. In the next part of this two-part blog series, I present two policy reasons reflecting how delegitimizing anonymity may pose dangers to the existence of a healthy and democratic discourse over the internet. They are followed by a suggestive legal regime that may be adopted to balance online anonymity with the calls to check online harms.

Written by Anmol Jain. Anmol Jain is an LL.M. candidate at Yale Law School and a resident fellow at the Information Society Project. He has previously worked with the public policy team at Cyril Amarchand Mangaldas, focusing on tech-related policy issues. His primary research revolves around constitutional governance and institutional design. He tweets @AnmolJain_law and may be reached at [email protected].
Edited by Utkarsh Mani Tripathi and published by Avani Vijay.