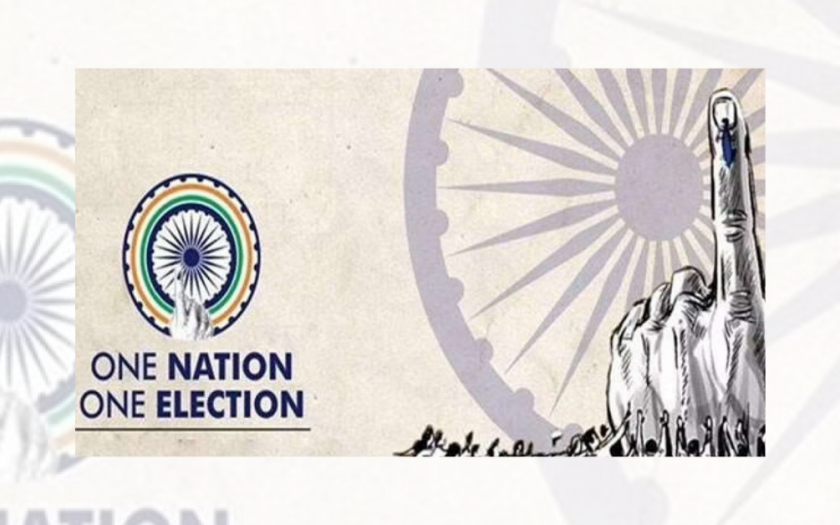 [Ed Note: As part of our New Scholarship section, we have been inviting discussants to respond to the public law-themed articles featured in Volume 5 the Indian Law Review. You can access all the posts in this discussion here. In this post, Eesha Shrotriya and Shantanu Pachauri introduced their article titled “Simultaneous elections and flexible legislative terms: a constitutionally preferable approach”, which was published here.]

Recent proposals by the NITI Aayog and other institutions to introduce simultaneous elections in the country are aimed at reducing the numerous administrative disruptions caused by frequent elections. Mechanisms like a constructive vote of no-confidence and fixed-term legislatures have been proposed to introduce and sustain simultaneous elections. Our article examines the proposed goal of simultaneity of elections and the proposed means of the constructive vote and fixed terms separately. While the goal itself seems desirable, the means used to achieve it may pose huge accountability costs by making the system more rigid, attacking the principles of democracy and federalism, and diluting the basic features of parliamentary democracy.

The shift to simultaneous elections has been justified primarily on the grounds of the possible improvement in the effectiveness of governance. We examine such claims by analysing the possible impact of simultaneity on policymaking, voter turnout, electoral violence, administrative disruptions, expenditure, and corruption. We find that elections lead to manipulation of policies in a manner that favours short-term political goals benefitting special interest groups over long-term structural planning which benefits a broader base of voters. Additionally, the requirement of extensive administrative machinery and the uneven imposition of the MCC in elections also leads to frequent disruptions in policy implementation. Elections also lead to the eruption of electoral violence as religious and ethnic identity issues are used by political elites to influence voters. Elections have become the reason for immense unaccounted expenditure and systemic corruption. Thus, there is a need to shift from the current electoral system. On the other hand, elections also provide an incentive to the opposition to question those in power and to bring their mistakes to light, as can be seen in the increased reporting of instances of corruption in election years.

Further, we discuss the accountability implications of simultaneity of elections by examining the effect of elections on regional parties, personalization of politics, and voter turnout. We find that conducting simultaneous elections may enhance the national exposure and outreach of regional parties, but could also lead to a down-ballot effect and single-party dominance. The simultaneity of elections could also lead to an increase in the personalization of politics. Such personalization, coupled with mechanisms like fixed terms and a constructive vote could have significant accountability costs. Conducting elections concurrently could contribute to increasing voter turnout.

The scheme proposes the introduction and sustenance of simultaneous elections through a constructive vote and fixed terms. We find that these mechanisms are not only ineffective but also have huge accountability costs. Stability-seeking mechanisms like the imposition of the executive rule have serious implications on the principles of democracy and federalism. They introduce rigidity in the flexible Indian system and dilute the basic tenets of the parliamentary system, shifting it towards a presidential system.

We find that stability-seeking mechanisms like constructive vote and fixed terms would erode the accountability of the executive, without achieving the asserted goal. Fixed terms might place weak leaders, incapable of pushing through legislations and policies, at the helm of the government. Such situations often lead to prolonged legislative deadlocks and inactivity. The experience of various countries shows that such fixed-term requirements have not been successful in curbing the opportunistic scheduling of early elections, with leaders innovating alternatives to circumvent such requirements. The fragmented nature of Indian legislatures would

make moving a constructive vote difficult, thus making the system more rigid. Limiting the ability of the legislature to fire the executive would compromise the basic tenets of parliamentary systems. Further, the imposition of an executive rule to avoid early elections would affect the principles of democracy and federalism, which form a part of the basic structure of the Constitution. Thus, there would be a great loss of democratic accountability. The combination of such mechanisms, in a bid to achieve stability, would only result in a rigid unaccountable system.

Simultaneous elections would reduce the costs associated with frequent and perennial elections. But introducing and sustaining them through mechanisms like fixed terms and constructive vote would lead to a great loss of democratic accountability. A system that adopts simultaneity without the aid of these mechanisms would strike a balance between its gains and costs. We suggest models which provide a mechanism for the introduction and sustenance of simultaneous elections, without diminishing the accountability of the government through constructive votes and fixed terms. Our models attempt to preserve the essence of parliamentary systems by ensuring that the dependence of the executive on the legislature for its survival is not diluted in any way. In these models, simultaneity is achieved through the concept of flexible terms of legislatures, where tenures are adapted to synchronize the timing of elections. However, unlike the models suggested by the LCI and the NITI Aayog, such synchronization is done before the elections, eliminating the need for undermining the mandate given by the people through post facto extension/curtailment of terms. The voters would be aware of the length of the terms when they vote, thus ensuring adherence to democratic values. These models are aimed at avoiding the possibility of administration of the country or any state by an unelected executive, preserving the spirit of parliamentary democracy. (see pages 132-137)

In the article, we conclude that the proposals to introduce simultaneous elections are based on the misplaced assumption of the dependence of simultaneity on these mechanisms. We find that simultaneity can be introduced without incurring accountability costs. In a bid to achieve stability in governance, they make the system rigid, attack the principles of democracy and federalism, and erode executive accountability towards the legislature, implicating an important tenet of parliamentary democracy. We propose an alternative model which uses flexible legislative terms and phased elections to achieve the same goal, but without the corrosive means.