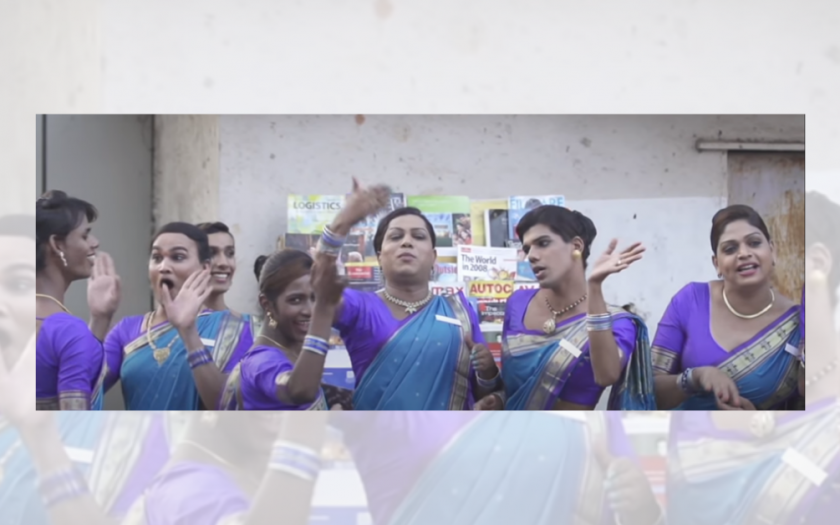 [Ed Note: This article has been written by Arti Gupta, final year student from NLSIU. The article has been co-edited & coordinated by Ajitesh Arya, Gayatri Gupta & Suhani Paruvelly from our Student Editorial Board. This is part 1 of a two-part series. Part 2 can be found here.]

If there is one arena in which the human rights regime is supposedly making strides, it is that of sexuality rights. Several countries have now decriminalised same-sex relationships, and India is one of them. However, we ought to consider if this affirmation of rights has any negative aspects too.

Human rights advocacy has always considered images instrumental in driving home the significance of human rights. It has usually relied on images that portray human rights violations. However, drawing from Aeyal Gross, this post examines images that portray not such violations, but the exercise of such rights in India. Images used in human rights advocacy present normative articulations of cosmopolitanism, but it becomes important to consider if these images are themselves tangled in the legacies of western imperialism. The images analysed in the two posts include a snip from a Youtube advertisement depicting trans*[i] persons, and a picture taken at a pride parade in India. These two images have been chosen because pride parades and social media have provided the widest platform for sexuality rights articulation in India.

Through a reading of these images, this post intends to answer the following question- in a global order where affirmation of Lesbian, Gay, Bisexual, Transgender + [“LGBT+”] rights has become a metric for a nation’s progress and modernity, can the affirmation of such rights deflect attention away from some equally important concerns? I will use homonationalism as an analytic to argue that the success of sexuality rights advocacy in India needs to be perceived more critically.

The logic of modernity was introduced into the Indian subcontinent through colonization. As Kaviraj argues, the educated and propertied native male intelligentsia, which had ‘modernised’ or ‘civilised’ itself according to European standards, now wished to extend this civilization mission to its women. The self-righteousness of the colonial rule was premised on saving brown women from brown men. To counter that, the male intelligentsia itself constituted an ‘appropriate reformed female’ subjectivity, a respectable and modern female-figure.

However, the respectable and modern female body was only instrumental to nation’s progress.  There was always the construct of ‘woman’ standing as a sign for ‘nation’. As Himani Bannerji writes, the man’s character was determined by his home life, particularly his mother’s example, and it was the man’s character which formed the basis of the national progress. Hence, protection of female honour only became instrumental to protecting the nation’s honour.

Sexual Minorities in the Teleologies of Modernity

Puar refers to ‘homonationalism’ as an analytic to assess the lesbian and gay liberal rights discourses, and how these rights discourses create narratives of progress and modernity whereby certain sections of the population are granted access to citizenship at the expense and exclusion of other sections. Hence, as a move ahead from heterosexual women (as explained above), the status of sexual minorities has now become the measure of national modernity. According to Puar, this addition of sexuality rights advocacy to women’s rights in this measure of modernity is a consequence of two processes. First, the post-colonial state still trying to shore up legitimacy to assert its sovereignty. Second, sexual minorities gaining consumer legitimacy through neoliberal economies, and becoming essential to productive nation-building. This process works by portraying homosexual subjects as respectable, and this respectability is then contrasted with the alleged perversity of others. For instance, in the context of the United States, respectability is shored up for white homosexuals, against the ‘perversity’ of the nation’s racialised Others, i.e. Muslims. Hence, one witnesses an intermingling between racism and progressive instrumentalism of sexual identities that were detested not long ago. This intermingling, quite dangerously, results in the following positions being taken by several members of the public: Of course we oppose the war on terror, but how can you ignore the homophobia of Muslims? It evinces the historical shift in the production of nation-states from their adherence to heteronormativity to the embrace of homonormtivity.

It is now assumed that modern states should protect sexual minorities within the national body. LGBT activists have, at times, entrenched sexual and gender normativity, and have redrawn the binaries between those societies that are seen as ‘progressive’ or ‘civilised’ and those that are not, unless the human rights of LGBT persons within their populations are realised. Further, a modern state’s treatment of its sexual minorities, at times, offers cover for other kinds of human rights violations. For instance, parallels can be drawn with Israel’s practice of pinkwashing.  Israel justifies its apartheid propaganda against Palestine by sketching Palestine as barbaric, uncivilised and homophobic. In contrast to that, it produces itself as the only queer-friendly nation in the otherwise hostile region. Accordingly, attention is diverted from Israel’s own homophobic oppression of its gay and lesbian population. Once again, the treatment of sexual minorities becomes only a means to the end of protecting the nation’s image in the international community.

In the widely viewed circulated advertisement ‘The Seatbelt Crew’ (the Cover Image), Hijras are presented as teaching traffic rules, i.e. something other than begging or soliciting sex work. They are shown as engaging in productive labour, which is a necessary component of one’s human rights. The intention, as Oishik Sircar argues, is to portray them as ‘respectable’ citizens: pleasantly feminine, sophisticatedly clothed, akin to air-hostesses, mild makeup. In the image, the radical performance of their sexuality (their elaborate attire, their iconic clap, etc.) is not shown.

On taking the image analysis forward, trans* persons are sought to be encompassed within the neoliberal framework. Within this framework, solutions to all problems of marginalization is seen as upward mobility through employment and general respectable usefulness. Similarly, in Navtej Johar, Justice Misra exhorts trans* persons to join the “mainstream”, which implies articulating their difference within nationally acceptable norms. Hence, homonormativity seeps in to offer a sense of respectability and responsibility expected of trans* persons, even if their radically sexual selves are used as overt symbols of the queer movement. While the advertisement was transgressive in multiple ways, it is susceptible to being read as an instance of performative politics, whereby the dominant intention is to portray India as being trans* friendly. Pivotal to this, it can be argued, is the deflection of attention from the issues that actually affect trans* persons.

For instance, within the queer movement, and even through the sexuality rights judgments, what is articulated is a certain upper-caste and upper-class agenda, while adopting the image of the trans* gender as a representative symbol. This articulation of an exclusively upper caste-class agenda played out in Navtej Johar case. Judges in Navtej were certainly moved by the figure of the homosexual citizen who has no control over his/her sexual orientation. Yet we are hard-pressed to come across anything in the decision which, in any significant manner, addresses the usage of Section 377 as a tool of harassment, extortion, illegal arrest, detention and police violence exerted against lower caste gender non-conforming individuals. Several working class trans* persons, due to their gender performance, are made hyper-visible in public places. However, what is used against them is not just Section 377, but various other provisions of Indian Penal Code on public nuisance, sex work, etc., the abuse of which is rooted in structural oppression against lower caste communities. Therefore, the harm suffered by trans* persons is gravely material, which the judgment does not address.

The figure of the trans* is used to lend to the queer rights movement a cultural/traditional foothold, which is not available through the image of the westernised urban queers. However, during significant discussions and disagreements, trans* persons and sex-workers are asked to tone down. Therefore, in India, homonationalism plays out in how rights are granted to homosexuals at the expense of other sexual minorities.

It is rightly believed that the Supreme Court’s judgment of NALSA v. Union of India was revolutionary in its approach towards affirming trans* rights. However, the language of the nation’s progress is evident in NALSA as well:

Respect for human rights is the root for human development and realization of full potential of each individual, which in turn leads to the augmentation of human resources with progress of the nation.

Therefore, was the reading of Article 14 and 15 of the Constitution in NALSA v. Union of India, for all its progressivism, the best it could have been? In NALSA, the Court emphasised on sex as identity, and refused any consideration of sex as act, or the legitimacy of non-procreative sex, which had been the issue in Suresh Kumar Kaushal Koushal. In taking the approach of rights-affirmation, NALSA evades the question of sex (as an act) that had been central in Naz Foundation and Suresh Kumar Koushal. While focusing solely on gender identity, the judgment depoliticised sex by viewing transgender persons as subjects of welfare and uplift by reifying them as backward. In doing this balancing act between rights-affirmative and sex-agnostic, NALSA could evade delving into the correctness of Koushal and could avoid moral panic of the Hindu Right.

[i] Jack Halberstam, writes, “The asterisk holds off the certainty of diagnosis; it keeps at bay any sense of knowing in advance what the meaning of this or that gender variant form may be, and perhaps most importantly, it makes trans* people the authors of their own categorizations”. See, Trans*: A Quick and Quirky Account of Gender Variability (University of California Press).