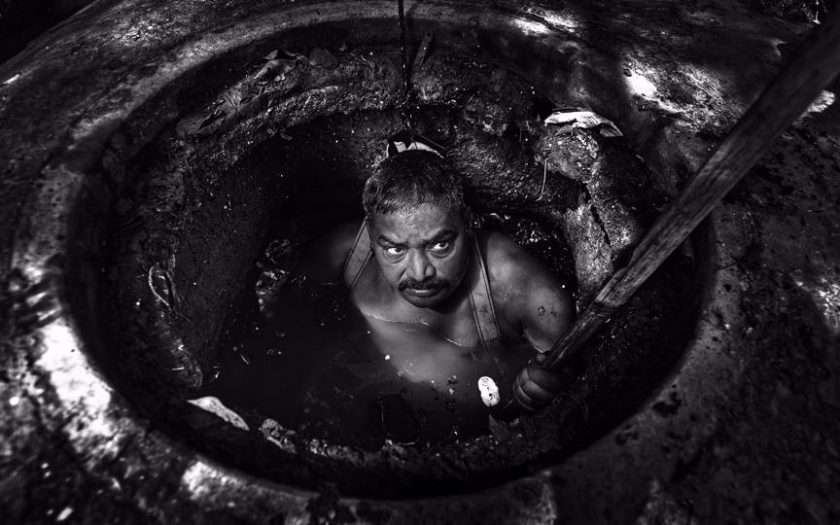 [Ed Note: As part of our New Scholarship section, we have been inviting discussants to respond to public law themed articles featured in Volume 5 the Indian Law Review. You can access the posts in this discussion here. In this post, Arkaja Singh responds to the arguments made by Dr. Sujith Koonan in his paper ‘Manual scavenging in India: state apathy, non-implementation of laws and resistance by the community. You can access the article here.]

Sujith’s article provides a rich account of the emergence of manual scavenging law as a struggle for the recognition of rights and humanity of manual scavenger communities. In his description of the process of the Safai Karamchari Andolan case (Supreme Court, 2014), he also brings to light the way in which the mechanism of the PIL could be used in the face of all-pervasive state apathy. I would like to use this response to deepen, and to probe further, the idea of state apathy.

One of the early battles on the issue of manual scavenging was the face-off between traditional rights of manual scavengers and the impetus to municipalize their work. This dimension vividly brought to life in Sujith’s article, would seem to be a world away from current-day struggles for dignity and human rights. In Sujith’s reading of the events of this time, he has emphasized the failure of courts and elite decision-makers to recognize the exploitative nature of manual scavenging. I would like to add another layer to this reading. I believe the Indian state never fully extended its control over the actual work of sanitation, and in this lies the explanation for why so little headway has been made on manual scavenging.

This is a story of incomplete municipalization, and with it, the state’s reluctance to think through the complex problem of sanitation. As a result, the state is often institutionally absent from sanitation work, and this is left to small-scale, unregulated arrangements between consumers (households, contractors) and workers. This is the reason for the peculiar structure of manual scavenging law, the curious definition of ‘employers’ and its limited practical utility (more discussion around an example of this here).

To elaborate on this point, I will have to first lay out that there are two distinct and interrelated legal issues in manual scavenging. The first is the recognition of manual scavenging as a violation of human rights and of the constitutionally guaranteed rights to life and against untouchability. The second is state and organizational accountability for actually making and implementing an elimination plan.

The recognition of manual scavenging as an issue of rights and dignity took a long time in coming. Even now, it is something of a graded and incomplete right that is dependent on the availability of alternatives (of infrastructure and machinery, and of alternative livelihood for the worker). And this is in spite of the fact that the moral impetus around the emancipation of manual scavengers has been around since the early 20th century, reflected in social mobilizations against caste oppression, and very much present in the thoughts and writings of Ambedkar and Gandhi.

There were a series of government committees in independent India, starting from one in 1949, which grappled with the issue. By this time, it was already framed in terms of the lack of alternatives, better working conditions and rehabilitation, but without – from what I can see – a full discussion on how the practice could be eliminated in terms of technology, engineering and finances. Some ideas of the elimination of the practice started to emerge in the 1980s. First, there was a Govt of India scheme for the liberation of manual scavengers, which provided (i) funds for conversion of dry latrines and (ii) rehabilitation of manual scavengers into alternative employment. Karnataka and Maharashtra banned the practice of carrying nightsoil in headloads in 1971 and 1980, respectively. In 1989, the Govt of India set up a task force to prepare a strategy for elimination, which recommended the conversion of dry latrines to pour flush latrines with water seals. This eventually led to the enactment of the 1993 Act, which banned dry latrines and the practice of employing people to clean dry latrines.

The crystallization of this idea, however, had little and very conservative ‘don’t rock the boat’ impact on the practice of sanitation and organizational accountability. An early response to the problem was the provision of improved implements and bathing facilities. Tikendar Panwar, former Deputy Mayor of Shimla, has described to me a bathing facility with year-round, 24-hour hot water that was set up in colonial Shimla for manual scavengers. Perhaps there were many interventions of this type, and there were efforts towards municipalization of sanitation work in the period from the early 1900s (i.e., from when municipalities were first established) until the time of economic liberalization in the 1990s. The municipal bathing facilities in colonial Shimla were perhaps accompanied by efforts of the municipality to take establish its control over the work of cleaning latrines – regular hours, terms of service etc., and perhaps the provision of some features of ‘employment’, such as wages and housing. There are accounts from Mumbai which suggest that there were municipal jobs for people engaged in manual scavenging work, and municipality legislation to this date contain vestigial references to scavenging, privies and cesspools. The Maharashtra Municipal Councils, Nagar Panchayats and Industrial Townships Act, 1965 is an interesting example of this, because it also contains the mandate for municipalities to convert dry latrines into pour-flush toilets. All of this goes to suggest that there have been some half-hearted attempts at creating state-provided sanitation services but never went as far as to say that all sanitation services should be provided either by the state or through arrangements specified by the state.

In the 2000s – by which time the post-liberalization retreat of the state was well in motion – I find references to suggest that the work of manual scavenging was partly privatized. In A. Narayanan (Madras High Court, 2008), Chennai Metro Water Supply and Sewerage Board reported that it employed 494 of its own workers to maintain its sewerage system and also engaged 259 contract labourers for this purpose. In Praveen Rashtrapal (Gujarat High Court, 2004), the court noted with dismay that manual scavenging work was increasingly being outsourced to private contractors and had directed that this practice should be stopped. There are references from Delhi which suggest a similar state of affairs. In Gwalior in 2007-08, I found the municipality still dealing with hereditary sanitation workers who were provided with some form of housing (or land for housing), wages and a claim on inter-generational employment, even as it was negotiating with contractors for the privatization of sanitation work.

On the engineering side, we had by this time a lot of incomplete sewerage systems and a lot of pour-flush toilets, which were connected either to open drains or some kind of containment pit. There are still a lot of dry latrines in existence, and a lot of poorly built latrines, blocked sewers and containment structures that cannot be managed except through manual scavenging interventions. Ironically, Government of India policies and schemes have talked of pour-flush toilets since the 1980s, but no one talked of what happened to excreta after it was flushed out. It is not possible that engineers were not aware of the problem, but that people chose not to worry about it. Official recognition of this part of the sanitation problem only came in 2017 with the National Faecal Sludge and Septage Management Policy, but even now, we do not have a clear and unequivocal principle that a municipality or state agency has the responsibility to provide or make arrangements for safe sanitation in any given area.

This purposeful absence is, to my mind, made possible by the fact that the problem does not permeate the upper caste consciousness of those in decision-making positions. And so, to conclude, I would tend to agree with Sujith that the manual scavenging problem is one of state apathy and non-implementation of law. But I would like to push us further in fixing and specifying state and organizational accountability for it.

Arkaja Singh is a Fellow at the Centre for Policy Research (CPR) and a part of the State Capacity Initiative at CPR. Her areas of interest include municipal government, informal settlements, land, water and sanitation (and especially the issues around sanitation labour and manual scavenging), and the interface of law and the Indian administrative state. Her current work is focussed on regulatory governance.