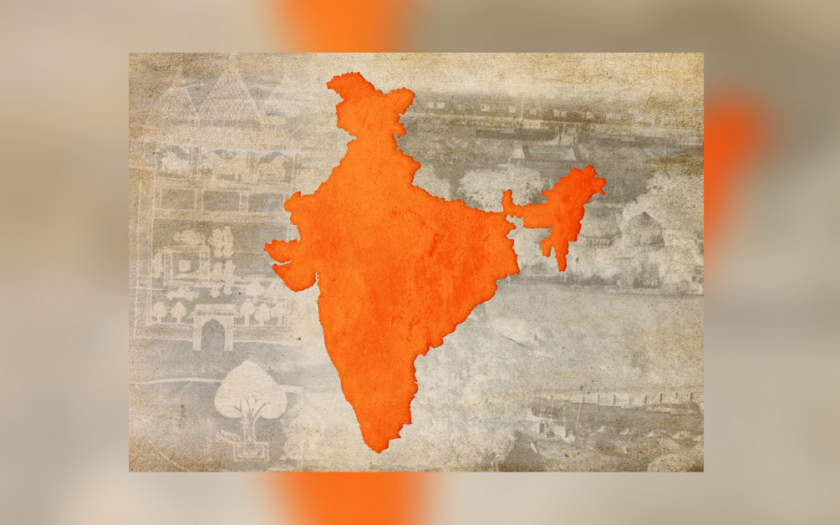 [Ed note: The article has been authored by Ananya Narain Tyagi, a final-year law student at Jindal Global Law School. It has been co-edited and coordinated by Mariyam Mayan, Gayatri Gupta & Anushri Bhuta]

“It was one of those moments best described as irreconcilable: both joyful and tragic, both authentic and spurious, both natural and manipulated. It opened doors and shut them. It was an end and a beginning.”- Salman Rushdie, The Moor’s Last Sigh

A global academic conference, ‘Dismantling Global Hindutva’, was organized virtually by approximately 50 universities in September 2021 to discuss the history, ideology, socio-economic and political consequences of the Hindutva ideology. Many Hindu groups and activists at home and abroad have criticized the conference for spreading ‘Hindu phobia’. One of the arguments made during the conference was that Hindutva is not Hinduism because while the former is a fascist political philosophy, the latter is a heterodox religious faith having multiple histories and shortcomings in the form of caste-based inequities. But the supporters of Hindutva do not recognize these differences and use its tools to homogenize and re-write the history of India to construct a ‘Hindu Rashtra’. This disagreement within Hindu religion is the focus of this article. And twenty-five years later, it becomes important to revisit the Hindutva judgments delivered by the Supreme Court to understand the significance of Justice J.S. Verma’s ruling not only for minorities but also for the Hindus within the religion.

It is in this light that I discuss Ramesh Yeshwant Prabhoo v. Prabhakar Kasninath Kunte & Ors., one of the primary opinions delivered in the series of the Hindutva cases in 1995. The Supreme Court adjudicated upon the election of the Shiv Sena/ BJP candidates in the 1987 Maharashtra elections which allegedly violated Section 123(3) and (3A) of the Representation of the People Act, 1951 [“RP Act”]. Section 123(3) prohibits candidates and their agents from appealing for votes on the basis of his or her religion, race, caste, community or language and Section 123(3A) prohibits candidates from promoting “feelings of enmity or hatred between different classes of the citizens of India on grounds of religion, race, caste, community or language” for the purpose of his or her election. The accused candidates had invoked the ideas of “Hindu-Rashtra”, “Hindutva”, etc. in their speeches; hence the question before the Court was whether such invocation was an appeal to religion under Section 123 inter alia. The Court held that if the context in which these words are used promoted secularism or the Indian way of life, then it wouldn’t be barred by Section 123 [Paragraph 43 and 44]. Justice J.S. Verma, who was presiding over the bench in this case, also found that Hindutva was a way of life of the Indian people [Paragraph 45]. Resultantly, it was held that the candidate’s speech i.e., Dr. Prabhoo’s speech, in this case was within the limits of the law.

While there are many strands of this judgment that demand a detailed analysis, this article focuses on Justice Verma’s ruling on Hindutva being a way of life and explores what homogenizing culture and religion in India signifies for ameliorative secularism. The Court, while concluding that Hindutva is a way of life of all Indians, placed heavy reliance on Sastri Yagnapurushadji v Muldas Vaishya and Commr. Of Wealth Tax, Madras v Sridharan. The former involved a lengthy discussion on how the Hindu religion “may broadly be described as a way of life and nothing more” and the latter embarked on a similar dialogue on ‘Hindu’ and ‘Hinduism’. After examining previous jurisprudence of the Courts on the meaning of Hindu, Hinduism, and Hindutva, the Court in the Hindutva case concluded that

The term ‘Hindutva’ is related more to the way of life of the people in the subcontinent. It is difficult to appreciate how in the face of these decisions the term ‘Hindutva’ or ‘Hinduism’ per se, in the abstract, can be assumed to mean and be equated with narrow fundamentalist Hindu religious bigotry, or be construed to fall within the prohibition in Section 123.

Brenda Cossman and Ratna Kapur in their book, “Secularism’s Last Sigh”,[1] have critiqued this judgment in depth, putting forth many thought provoking arguments. One of the authors’ primary arguments is that equating Hindutva with the Indian way of life is both historically and politically inaccurate. They have ingeniously questioned this by asking if Hindutva can be equated with Hinduism as the precedents cited by the Court had expanded on Hindu and Hinduism but not Hindutva. Most importantly, through such reasoning, unstated norms of the majority are read into the legal principles governing the whole nation, i.e., both Hindus and Non-Hindus. The Court has indirectly [or directly] subsumed all cultures within the realm of Hinduism. As Ronojoy Sen argues, Justice Verma shifted the discourse of Hinduism’s inclusivist version to its exclusivist version because any attempt to homogenize the religion deprives it of its pluralist character.

Certainly, the most basic blunder of the Court is in assuming that a uniform culture of Hindutva can be masqueraded as that of all religions and cultures across the country. Madhavi Sunder, in developing the concept of Cultural Dissent, argues that the modern 21st century has remodeled society to be “homogeneous across cultures and heterogeneous within them.” In such a society, she says, individuals refuse to ratify traditional cultural norms and choose to reinterpret them on their own terms. They do not give up their cultures; instead, they chose to stay within their traditional communities and call for more equality and autonomy within these boundaries. Muslim feminists re-interpreting the Quran to emphasize a woman’s right to religion and equality within Islam is an apt example of this.

Furthermore, Sunder argues that the law does not recognize cultural dissent; instead, it pursues cultural survival where efforts to internally reform a group by contesting its discriminatory cultural norms are impeded by Law’s cultural survival measures. Law’s boundaries are not scalable, and individuals do not have a right to both equality and culture. Therefore, she says, “… the real question for law is not how to make possible the ‘free exercise of culture,’ but rather, whether the self-proclaimed guardians of culture are excluding other members of the culture from making and contesting cultural meanings.” We see the Law’s abhorrence towards cultural dissent in the recent Afghanistan crisis. The newly established Taliban government has stated that women’s rights in Afghanistan will be “within the bounds of Islamic law/Shariah”. In the past, this meant prohibiting women from leaving their home without a male, banning them from working outside or going to school, etc.

In the Hindutva cases as well, the Supreme Court assumes that the Hindu culture is devoid of cultural dissent. For Justice Verma “Hindutva is used and understood as a synonym of Indianisation, i.e., development of uniform culture by obliterating the differences between all the cultures co-existing in the country” [Paragraph 40]. But ‘Indianisation’ cannot be represented as the culture of all Hindus. Hinduism [which is a part of Hindutva] may be a way of life for some people of the subcontinent, but not all. Dr. Ambedkar and his followers’ conversion to Buddhism in order to avoid the majority religion’s social constraints is a historical example of this fact. There are many other examples of people who believe in different versions of Hinduism like Sunita Vishwanath who created ‘Sadhana: Coalition of Progressive Hindus’ for those Hindus who believe in the inherent pluralism of the Hindu religion as opposed to the “development of a uniform culture”. Moreover, Secularism in our Constitution presupposes “the existence of a composite rather than a uniform culture.”

Of late, the Sabarimala case gives us hope by challenging “the simplistic dichotomy of cultural rights and gender rights” by asking the Court to give women between the ages of 10-50 the right to worship in Sabarimala temple thereby protesting against the norms set by the gatekeepers of culture. As Gautam Bhatia rightly points out, Justice Nariman recognises the presence of cultural dissent in Article 25 of the Constitution when he says that the provision protects both inter and intra-group rights. A practice’s ‘essential’ nature can hence be questioned if there is an internal dissent.

While the Sabarimala case was a refreshing moment where the doctrine of cultural dissent was recognised in addressing individual dignity and liberty within group rights, we still have a long way to go considering that the Sabarimala case is currently under review and Justice Verma’s opinion in the Hindutva case still stands as law. While much has been said and written about the majoritarian nature of the Hindu Right, and very rightly so, we need more scholarship on the unifying front which the Hindu Mahasabha claims to represent and which receives a stamp of legitimacy from the Supreme Court. Most importantly, a conversation about internal dissent within a culture needs to take the centre stage as the other matters tagged with the Sabarimala review petition include questions relating to a Muslim women’s right to pray in Mosques, a Parsi woman’s excommunication after marrying under the Special Marriage Act, 1954 and the Constitutionality of “khatna” or the practice of female circumcision in the Dawoodi Bohra Community.

Ananya Narain Tyagi is a final-year student at Jindal Global law School. Her interests include reading, especially fiction of all kinds and the interdisciplinarity between Law and religion.