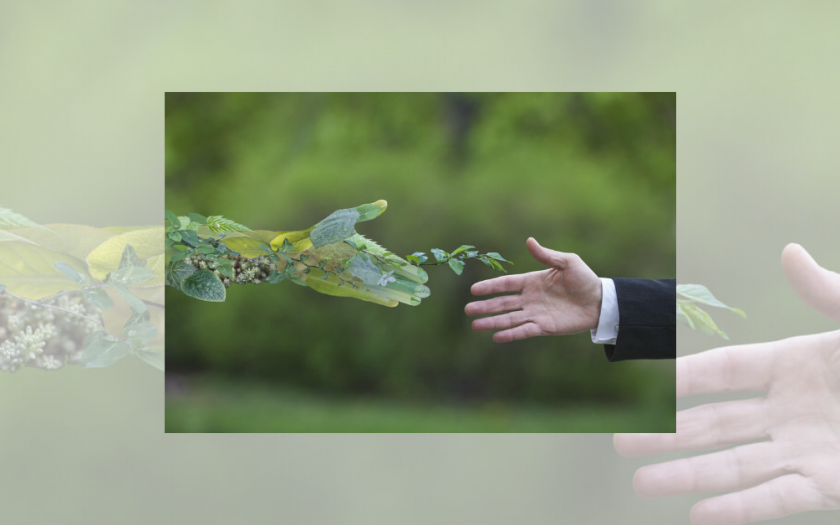 Objectives and Features of the Act

The Constitution of India places a fundamental duty on every citizen under Article 51-A(g) and on the State under Article 48-A to improve and protect the environment, including forests. For this purpose, the Forest (Conservation) Act, 1980 (hereinafter the 1980 Act) was enacted specifically to prevent the disruption of the cycle of nature and preserve forests.

The Forest Conservation Act was initially an Ordinance (through the 42nd amendment of the Constitution) and was later enacted into law by Parliament. It protects forests’ integrity, territory, and diverse ecological components. Its primary purpose is to arrest the loss of forest biodiversity by preventing the conversion of forest lands for commercial purposes. It confers power on the Central Government to carry out the objectives of the Act and take decisions for the state government and other authorities regarding the usage of forests for ‘non-forest’ purposes as well.

Till 1996, only those forests were notified under the Indian Forest Act, 1927, and forests under the management of the Forest Department came under the purview of the 1980 Act. After a petition by late Godavarman Thirumulpad, also known as the ‘Forest Case 202/1995’ decided by the Supreme Court, the requirements of what constituted a ‘forest’ were expanded.

India aims to increase the geographical area under forest and tree cover from 22% to 33%, a significant thrust. Core forest land cannot be increased easily, so we get closer to this aim by expanding the notion of what constitutes ‘forest’ land. All areas recorded as ‘forest’ in any government record (irrespective of their ownership, recognition, and classification), areas identified as ‘forests’ by an expert committee (constituted on the suggestion of the Supreme Court in 1996), and all areas that came under the conventional meaning of ‘forest,’ now come under the broader definition of forest. As a result, degraded lands, commercial plantations, lands bearing vegetation, and even rough patches of shrub and wild trees growing on the roadside, that are recorded as ‘forest’ in land records are included while calculating the total land under ‘forest.’ Identification of such land is subjective and arbitrary to some extent as forest area needs to be determined based on an ecosystem.

According to this broader definition, any forest thus defined, regardless of ownership, would be subject to Section 2 of the FCA, which specifies that “for the use of forest land for any non-forestry purpose, the Central Government’s permission is to be sought”. This means states cannot use protected forests for industrial purposes without the central Government’s approval.

Undermining the role of executive

The court, after this case, got into management and administration issues due to its expansion of the case. It created a central empowered committee (under section 3(3) of the Environment (Protection) Act, 1986). This is a quasi-executive structure; however, it is nominated by and reports only to the court. The court has also delegated wide-ranging powers to dispose of matters following the court’s orders. The court keeps the case open under a “continuing mandamus” and continues to hear and dispose of many interlocutory applications. The court seems to have forgotten the boundaries between executive and judiciary functions. Further, this case has also led to further concentration of power in the center vis-à-vis the states as working plans must now be centrally approved, even for individually owned forest patches.

The consultation paper proposing amendments to the 1980 act was released by the Union Ministry of Environment, Forest, and Climate Change (MoEF&CC) in October 2021. It talks about India’s commitment to creating a carbon sink to lock in 2.5 to 3 billion tonnes of CO2 by 2030, which, it says, can be achieved only through planting trees on private land. According to the paper, the current laws impede private landowners from growing more trees because once private land comes under the definition of forest, it restricts the right of an individual to use their land for any non-forestry activity without providing compensatory levies. Using this as a justification, the proposed amendments restrict the scope of applicability of the 1980 Act by redefining it.

1.     Exempting particular forests from the application of the 1980 Act

With the increased ambit of the definition of ‘forest’, it became harder for private industries and state governments to get land for non-forestry purposes. The consultation paper aims to implicitly define what does not constitute “forests” or what is “non-forest activity” by creating a set of exceptions to the Act. It proposes Section 1A, which removes exploration for underground oil and natural gas from “non-forest activity” and thus exempts them from requiring permission from the central Government before the commencement of such activities.

Forests for border infrastructure projects and private lands where plantations are to be established for carbon sinks are also suggested to be exempted. Further, a landholding agency (such as Railways, National Highways Authority of India, or Public Works Department) is required to take approval under the current Act and pay stipulated compensatory levies for using such land, which was initially acquired for non-forest purposes. The paper proposes to exempt such lands acquired before October 25, 1980, from the purview of the Act.

2.     Exceptions for Businesses, Development and Conservation

Once again, with this proposal, the development versus conservation debate comes to the forefront. Under the garb of development, the present Government has yet again tried to reengineer the governance architecture to make it more conducive for doing business, leading to deregulation. Deregulation in this context means amending laws to no longer scrutinise anti-environmental decisions taken by the ministry. The document also advises that the Act’s scope be reduced from this perspective.

It allows enterprises such as safaris, zoos, linear projects, mining, and other non-forest uses on forest territory to operate easily. Under the current Act, many approvals must be sought from the court and center to use forest land for non-forestry purposes; these proposed changes would mean less litigation for commercial use of such land. So, on the one hand, the paper purports to stop deforestation by making it seem easier for private landowners to grow trees on their lands. On the other, it provides procedures legalising the dereservation of reserved forests.

The paper mentions broadening the Act’s scope to include community ownership of forest resources, limiting and tightening community access, and traditional ownership by local communities (Adivasis). It discourages local communities from taking care of their forests and makes them offenders if they carry out any activity in the forest. Further, since the expanded definition of the forest has made forest access easier, even reserved forests notified under the Indian Forest Act, 1927 can be de-reserved with the requisite approvals. Under the procedures provided for the de-reservation of forests in the consultation paper, anyone can take forest land for non-forest use with due approval from the center and due payment of a compensatory levy. Suppose a villager wants to build infrastructure on its forest land and an industrialist wants to build an industrial facility or mine the area. Both must apply for and receive approval for non-forest use of forest land in that case.

The deliberate ignorance of the Forest Rights Act 2006, enacted to protect the marginalised socio-economic class of citizens and balance the right to the environment with their right to life and livelihood, indicates an anti-people intent, particularly against forest dwellers. The FRA requires informed consent from gram sabhas before forest land is diverted for non-forest use. One of the core objectives of conservation law is to undo historical injustices done to the Scheduled Tribes and strengthen the conservation regime by including forest dwellers and the traditional knowledge they possess in the protection mechanism. This objective is undermined by proposing changes that delink the FRA and the 1980 Act by limiting the powers of local governing bodies, i.e., gram sabhas, to make decisions regarding development projects.

These proposed amendments to the 1980 Act have been called a blunder and have arisen out of ignorance towards constitutionally and legally bound procedures. The paper has made forest dwellers’ lives difficult by bringing community-owned forest resources within its purview. Their enactment can potentially stall many pro-people development initiatives and deprive people of basic civil amenities in lakhs of villages situated inside or around the forests.

Recognising the symbiotic relationship between man and nature is imperative to understanding the need for an amendment. Conservation and development cannot be viewed as binary adversaries but complementary strategies that weave together. Conservation of nature must be considered part of the development and not as a factor stultifying development. No amendment should be allowed that changes the very purpose of the Act, which is to foster recognition of the forest as a common heritage and promote sustainable forest development.

To understand more about this issue, you could read further on:

1. Supreme Court and India’s Forests, Armin Rosencranz, Sharachchandra Lélé, EPW (2008). This piece clearly explains the confusion the Supreme Court caused through its continuing mandamus in the Godavaram matter and how its orders muddy the statutory framework for forest conservation and management.

2. Is India’s forest cover growing? Yes, but if you count coffee estates and clumps of trees in cities, Scroll.in (January 26, 2022). This article explains how the problematic and perverse redefinition of ‘forest’ has created the impression of an increased percentage of area under forest in India.

3. How Forest conservation law got the short shrift in the ecotourism push, The Morning Context (November 20, 2021). This article states how contradictory the proposed changes are as they mirror the very change it seeks to effect.

4. Forest Conservation Act: How the proposed changes are likely to make our climate change goals unachievable, The Leaflet (November 5, 2021). This article states the disparity between India’s climate change commitments and the proposed amendments’ implications.