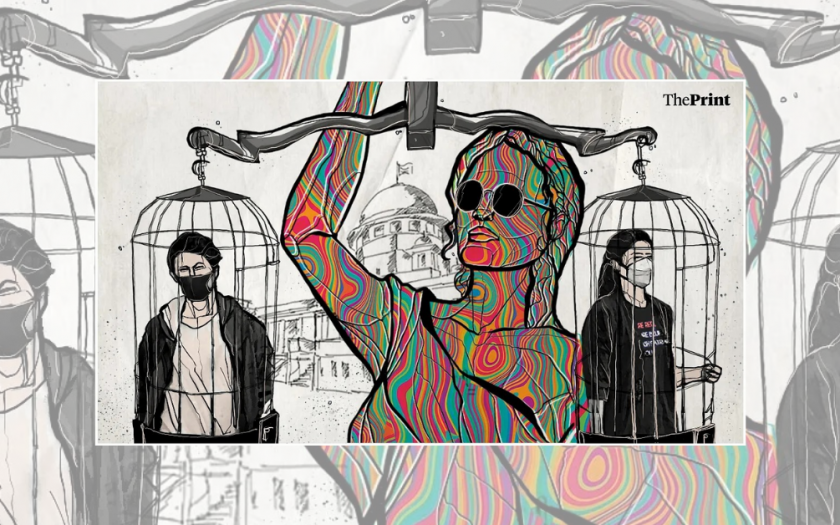 The provisions of the Narcotic Drugs and Psychotropic Substances Act, 1985 (“NDPS Act”/ “the Act”) have come under scrutiny following the recent arrests of celebrities like Rhea Chakraborty and Aryan Khan. Bombay High Court (“HC”) granted bail to Aryan Khan October 28, 2021, citing lack of enough material on record to prima facie infer that Aryan and the two other co-accused were involved in a conspiracy to commit an offence under the NDPS Act. Further, the NDPS Act was also in news as a result of reports regarding the Central Government’s plans to decriminalise the personal consumption of small quantities of certain drugs by introducing a bill during the winter session of the Parliament. This article examines some of the key provisions of the NDPS Act in the context of Aryan Khan’s case. The article first provides a background of the NDPS Act and then analyses key provisions of the NDPS Act dealing with bail, criminal conspiracy and confessions in the context of Aryan Khan’s case.

The enactment of the NDPS Act in India can be traced to the United States’ war on drugs launched by President Nixon, which was aimed at reducing the illicit drug trade in the country. An important element of the war on drugs was the promotion of prohibitionist policies towards drug use all around the world. As the United States embarked on the war on drugs, the United Nations adopted the Single Convention on Narcotic Drugs in 1961, aimed at preventing the production and sale of specified narcotic substances. As a result of pressure from the United States and the push for international standardisation due to the Single Convention, the Rajiv Gandhi Government passed the NDPS Act in 1985.

The NDPS Act contains five chapters. Chapter I contains the definitions of the various terms in the Act, including the various narcotic drugs and psychotropic substances prohibited. Chapter II provides for the various authorities and officers appointed for its enforcement as well as the committees and funds formed under it. Chapter IIA, inserted in 1989, provides for the National Fund for Control of Drug Abuse, whose proceeds are used to combat illicit trafficking in narcotic drugs and psychotropic substances as well as control the abuse of the same. Chapter III deals with the power of the Central as well as the State Governments to permit, control and regulate drugs and substances. Chapter IV lists down the various offences under the Act as well as the penalties for the same. Chapter V deals with the procedure to be followed in cases as well as the power of authorities empowered under the Act. Chapter VA, also inserted in 1989, relates to the forfeiture of property acquired illegally by those convicted of an offence under the Act. Lastly, Chapter VI contains miscellaneous provisions such as the applications of the Customs Act, 1962, the Drugs and Cosmetics Act, 1940, etc.

The distinction between the different quantities of drugs is important because the punishment for offences under the NDPS Act becomes more stringent as the quantity of drugs found increases from small to commercial. The punishment for the contravention of the provisions of the Act for various quantities is given below:

Section 37 of the Act, dealing with the granting of bail to an accused in drugs cases, highlights another reason for the significance of the quantity of drugs involved. Generally, bail applications are governed by the limitations prescribed under the Code of Criminal Procedure, 1973 (“CrPC”). However, if the offence involves commercial quantity or falls under Sections 19, 24 or 27A, Section 37(1)(b) requires three additional conditions to be met, which are:

(i) the public prosecutor has been given an opportunity to oppose the bail application;

(ii) despite public prosecutor’s opposition of a bail application, the court is satisfied that there are reasonable grounds for believing that the accused is not guilty of such offence and;

(iii) the accused is not considered to be likely to commit any offence while on bail.

In Aryan Shah Rukh Khan v. UOI (“Aryan Khan Case”), no drugs were found in the possession of one of the applicants, while the other two applicants were caught with 5 grams and 6 grams of charas (cannabis) respectively. As highlighted earlier, anything below 100 grams of charas is classified as a ‘small quantity’. However, among other offences, the applicants were also charged with criminal conspiracy under Section 29. Section 29(1) provides that whoever is party to a criminal conspiracy to commit an offence under the Act, shall be punishable with the same punishment as is provided for the offence. In the Aryan Khan Case, the prosecution contended that while only small quantities of drugs were recovered from the applicants, they were part of a larger conspiracy, and that cumulatively, commercial quantity of drugs were seized from the eleven accused in total in the case. Therefore, in accordance with Section 29(1), the three applicants were liable for being part of the criminal conspiracy in relation to cannabis involving commercial quantity, arguing for the application of additional restrictions on the grant of bail under Section 37.

This position of the Bombay HC is in contrast with its decision in Rhea Chakraborty v. UOI, where it held that all offences under the NDPS Act are non-bailable irrespective of the quantity of the drugs involved. Thus, the additional restrictions on the grant of bail under Section 37 would implicitly apply for all offences under the Act. It is the opinion of the author that the Bombay HC decided the issue incorrectly in Rhea Chakraborty. This is because while the heading of Section 37 reads “offences to be cognizable and non-bailable”, Section 37(1)(a) states that “every offence punishable shall be cognizable.” If the heading is broken up into two parts, i.e., “offences to be cognizable” (first part) and “and non-bailable” (second part), it can be seen that the meaning of the first part is conveyed by Section 37(1)(a). The second part of the heading cannot be attributed to every single offence for the precise reason that “non-bailable” is absent from Section 37(1)(a). In case the Parliament wanted to make every offence non-bailable, it would have prefixed “every” before the heading of Section 37.  Instead, “every” was prefixed only to Section 37(1)(a). The inclusion of “and non-bailable” in the heading can be understood in the context of Sections 37(1)(b) and 37(2), which place additional restrictions on the grant of bail with respect to some offences and not every offence.

Section 67 of the NDPS Act empowers officers authorised by the Government to call for information from any person during the course of enquiry for the purpose of satisfying themselves whether there has been any contravention of the provisions of the Act. In the Aryan Khan Case, the prosecution contended that the applicants had made confessional statements to the investigating officer admitting to have committed the offence alleged against them. Section 25 of the Indian Evidence Act, 1872 states that no confession made to a police officer shall be proved as against a person accused of any offence. In Tofan Singh v. State of Tamil Nadu, by a 2:1 majority, the Supreme Court held that a “confession recorded under Section 67 of the NDPS Act cannot be used as a confessional statement in the trial of an offence under the NDPS Act.” Citing this, the Bombay HC ruled that the confessional statements of the applicants “cannot bind them of the offence” since the investigating officers under the Act are ‘police officers’, which bars the confessional statements made to them under Section 25.

The issues highlighted in Aryan Khan v. UOI deal with some of the most fundamental provisions of the NDPS. Justice Sambre of the Bombay HC granted bail to the three accused in the case ruling that the mere fact that the three accused, including Aryan Khan, were on the same cruise by itself cannot be the foundation for the charge of conspiracy under Section 29 of the Act. The widely reported WhatsApp chats also yielded no proof of a conspiracy. Therefore, since only a small quantity of drugs were obtained from two of the accused, the Bombay HC ruled that rigours of Section 37 on the grant of bail would not apply. This is contrary to the bail order it passed  in Rhea Chakroborty v. UOI but in line with its earlier decisions such as Stefan Mueller v. State of Maharashtra. Since both the Aryan Khan and Rhea Chakroborty bail orders were passed by a single judge bench, future cases involving this issue will be of significant importance. Lastly, the Bombay HC reaffirmed that officers empowered under Section 67 are ‘police officers’ and therefore, confessional statements made before them cannot bind the accused to the offence in accordance with Section 25 of the Indian Evidence Act, 1872.