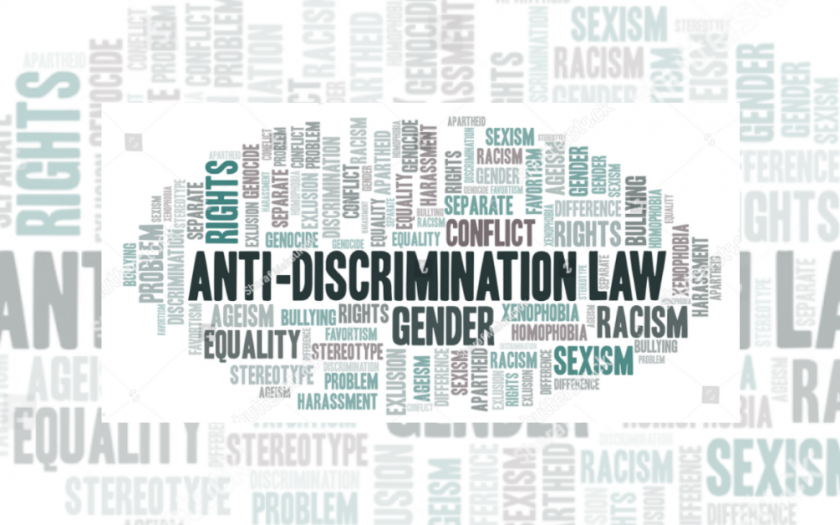 [Ed Note – This article has been co-authored by Kavya Arora & Eishan Mehta. It has been co-edited and coordinated by Shravani Shendye, Gayatri Gupta & Suhani Paruvelly from our student editorial team.]

On April 27, 2021, a two-judge bench of the Supreme Court (‘SC’) delivered the judgment in Patan Jamal Vali v. State of Andhra Pradesh. The case relates to the rape of a visually impaired, Dalit woman. It gave the Court the opportunity to address the intersectionality of gender, caste, and disability. Justice Chandrachud cited Kimberley Crenshaw to highlight oppression that emanates from the interaction of multiple socio-economic factors. Professor Crenshaw had argued that the discrimination law in America protected only black men from racial discrimination and white women from sex discrimination. However, black women were in the intersection and their experiences could be defined neither by race nor by sex alone, but by sex and race operating simultaneously. The SC used this model of intersectionality to acknowledge that different sources of oppression act cumulatively to produce an experience of subordination specific to a visually disabled Scheduled Caste woman.

However, even after engaging with the intersectional analysis, the SC could not convict the accused under the POA Act because no separate evidence could be produced by the prosecution to establish that the offence was committed on the basis of victim’s caste. The POA Act places a high burden of proof on the prosecution as it is cumbersome to prove that the offence was committed due to victim’s caste only. The reason of crime can be the intersectionality of caste and other factors which the POA Act does not recognize. Thus, the Court could not use intersectionality for upholding conviction under the POA Act. This reinforces the need to recognize and address intersectional discrimination in more holistic and clear terms, possibly through an anti-discrimination legislation.

The present article argues that constitutional provisions fall short of recognizing and doing complete justice to the victims of intersectional discrimination. Hence, it advocates for an anti-discrimination legislation in terms of “substantive equality”, “horizontal applicability”, and “access to remedies”.

The SC in State of Kerala v. N.M. Thomas recognized that the Constitution is committed to achieving substantive equality, which goes beyond the formal conception of ‘equal treatment of equals.’ In the recent judgment of Lt. Col. Nitisha v. UOI, Justice Chandrachud relied on Professor Fredman’s seminal model of substantive equality to explain this concept. Professor Fredman argued that the right of substantive equality cannot be collapsed into a single formula, such as dignity, or equality of opportunity or results. Instead, she proposed a four-prong approach to redress disadvantage; to address stigma, stereotyping, prejudice and violence; to enhance voice and participation; and to accommodate difference and achieve structural change. This framework provides a holistic platform for examining each dimension and understanding how it responds to those who are disadvantaged. This conception of equality requires doing away with any pre-determined criterion for examining discrimination claims and focusing on the individuals being discriminated. Hence, intersectional discrimination needs to be addressed to achieve substantive equality for all citizens.

Article 15(1) of the Indian Constitution guarantees to all citizens protection against discrimination based on religion, race, caste, sex and place of birth. Initially, Indian Courts were of the view that Article 15 prohibits discrimination solely based on one of the protected grounds. However, for the first time, Justice Chandrachud’s opinion in Navtej Johar v. UOI, has recognized that such a narrow interpretation of Article 15(1) fails to acknowledge the intersectional nature of discrimination.

Taking this argument further, we argue that in order to recognize individuals’ unique experiences based on a combination of factors, we need to go beyond the five pre-determined grounds of Article 15(1). For instance, women with disability face discrimination, unique to them, at the workplace. They are paid lesser than disabled men and allotted more unskilled work than able-bodied women.  Further, unmarried women are likely to face more discrimination while searching for a house than married women or unmarried men. Both disability and marital status are not  recognized grounds of discrimination in the Constitution. There can be numerous other grounds such as age, political beliefs, food habits, occupation, and health. Hence, the text of Article 15(1) may not be fully equipped to effectively deal with different permutations and combinations of factors resulting in intersectional discrimination. There is a need for an anti-discrimination legislation that provides an exhaustive list of protected grounds, giving courts the liberty to pass value judgments, thereby facilitating recognition of all the intersectional identities. Doing away with the limited pre-determined grounds of examining discrimination would address intersectional discrimination, thereby achieving substantive equality. In continuation of the argument in favour of an anti-discrimination legislation, the next part discusses the shortcomings of the limited horizontal applicability of fundamental rights under the Constitution.

Article 15(2) of the Constitution guarantees that the State cannot deny citizens “access to shops, public restaurants, hotels and places of public entertainment.” While Article15(2) has a limited horizontal applicability, it is insufficient for addressing intersectional discrimination on a holistic level. The SC in BCCI v. Cricket Association recognized that High Courts (‘HCs’) can entertain writ against private actors performing public functions. However, discriminatory acts of private bodies performing private functions are mostly left unaccounted for. This can be understood through the SC’s ruling in Zaroastrian Housing Society v. District Registrar, where the bye-laws of a private housing society prohibited the sale of land to non-Parsis. In the context of the right to association under Article 19(1)(c), the court cited non-applicability of constitutional rights against private bodies and upheld the bye-laws as valid. However, it ignored the Article 15(2) dimension of the dispute and the judgment still holds field. This makes private discrimination a pervasive problem in India, where marginalised groups are constantly denied access to education, employment opportunities, housing and even equal participation in the society. In the absence of a purposive interpretation of horizontality of fundamental rights under Article 15(2), anti-discrimination legislation can provide a more efficient remedy against discrimination by private bodies.

It has been counter-argued that such a legislation is not required because the Constitution allows for enforcing non-discrimination rights against private actors through expansive interpretation of the word ‘shops’ in Article 15(2). In IMA v. UOI, the SC held a private non-minority education institution liable for carrying an entrance test having a discriminatory impact on students belonging to educationally underprivileged class. The SC interpreted ‘shops’ to mean any form of financial/economic transaction where services are being offered, and covered education institution within its meaning. Therefore, on a similar line of thinking, the Zoroastrian Housing Society would also be considered shop within Article 15(2), thus allowing horizontal application of fundamental rights and rendering the judgment redundant. Moreover, the Constitutional Assembly Debates show that the drafters also preferred the broadest interpretation for the categories in Article 15(2).

However, the authors argue that even the most generic interpretation of ‘shop’ fails to protect individuals against discrimination by a private actor not involved in an economic transaction. An anti-discrimination legislation can cater to even small instances of discrimination during private-private interaction including harassment, segregation, or boycotting etc.

Taking this discussion further, the next part discusses about the limited and inefficient remedies for enforcing FRs provided by the Constitution.

On a cursory reading of the above arguments and taking into consideration the transformative approach of the Constitution, one can argue, firstly, Article 15 recognizes intersectional discrimination and secondly, the expansive interpretation of Article 15(2) ‘shops’ would entail any private institution. However, it is argued that even if both the above-mentioned considerations are recognized under the Constitution, still the oppressed and the marginalized cannot fall back on the Constitution for accessible, affordable and effective remedies.

The only way to enforce these constitutional remedies would be through the writ jurisdiction of the SC or HCs. An already disadvantaged Dalit or Muslim woman would be deterred from the long-drawn process of filing a writ and waiting for the judgment. As per a report, the average pendency of civil cases in HCs stands at a staggering 263%. It is quite evident that until the judgment is not delivered, status quo would prevail, eventually favoring the oppressor, while the oppressed continues facing discrimination and subjugation.

As per the present procedure, the aggrieved residing in remote parts of the country have to travel to their state HC seeking remedy for the violation of their basic human right to equal treatment. However, an anti-discrimination legislation would cater to these procedural inequalities, in addition to the substantive ones.

In January 2021, the Equality Bill, 2021 was introduced by the Centre for Law and Policy Research. The Bill guarantees equality for persons with protected characteristics of caste, race, ethnicity, descent, sex, sexual orientation, gender identity, tribe, nationality, disability, marital status, pregnancy, health (including HIV/AIDS status), occupation, political opinion and belief, linguistic identity, place of birth, age, migration, religion, refugee status, socio-economic status, occupation, food preference or any combination of these characteristics. It calls for an equality commission or equality courts having powers similar to a Civil Court. These commissions or courts would be the primary institutions of contact regarding complaints of inequality. The commission could issue an appropriate order, declaration, injunction, relief and compensate the victim alleging discrimination. Moreover, an aggrieved could also approach the court of Judicial Magistrate seeking protection orders. For the breach of a protection order, imprisonment for a year’s period has been envisaged.

Most recently, in August 2021, Dr. Shashi Tharoor with the assistance of Dr. Tarunabh Khaitan, has introduced an Anti-Discrimination Bill for the state of Kerala that provides that:

Through the transformative approach of the Constitution one can possibly read Intersectionality and Horizontality within Article 15. However, to further the Constitution’s commitment to substantive equality and address intersectional discrimination, the constitutional provisions are not sufficient. This article seeks to advocate for an anti-discrimination legislation by substantively dealing with the countering arguments. It aims to highlight a policy dialogue wherein the principles of equality and anti-discrimination are recognized to its truest extent and remedies are provided on the basis of the lived experiences unique to different individuals. The legislature and the judiciary along with other stakeholders would have important roles to play while bringing in and implementing this kind of an anti-discrimination legislation.