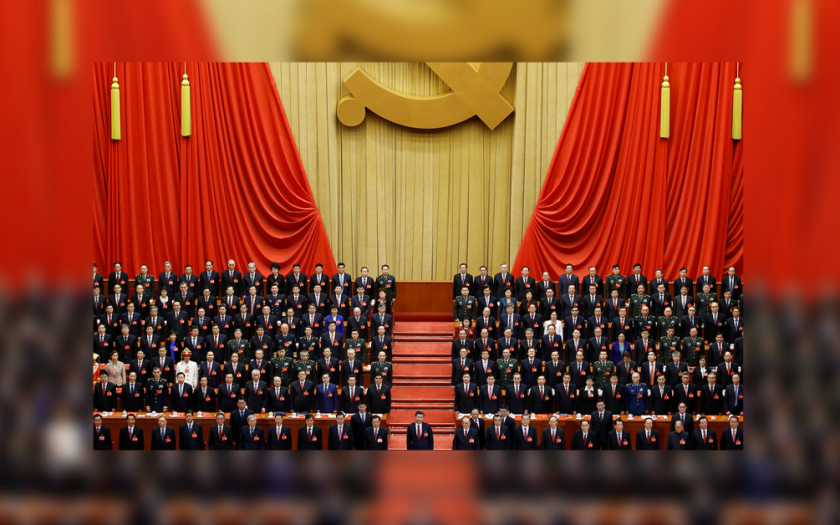 Recently, Chinese President Xi Jinping called for a ‘national rejuvenation’ centered around the ideals of the Chinese Communist Party (“Party”). In furtherance of the same, China’s National Radio and Television Administration (“NRTA”) issued the ‘Circular on Strengthening the Management of Cultural Programs and their Personnel (“the Circular”)’, cracking down on the entertainment and broadcasting industry. This article attempts to analyse the legality of the Circular in light of China’s international law obligations. Furthermore, it critiques the Circular using theoretical frameworks propounded by various scholars, which are relevant to the emerging situation in China. Lastly, the authors highlight the uncanny resemblance between the current atmosphere, and Mao Zedong’s Cultural Revolution of the 1960s.

Analysing the Circular Through the Lens of International Human Rights Law

In this section, the authors assess the legal validity of the relevant prongs of the Circular against the backdrop of China’s international obligations.

Firstly, the Circular calls for the ‘resolute resistance’ of ‘unethical’ personnel in the public entertainment industry, in its first prong. It mandates all broadcasting and television organisations to implement selection criteria for program actors and guests, on the basis of vague elements such as moral conduct and appropriate social background. Furthermore, the prong calls for a blanket ban on the employment of individuals who have alienated themselves from the Party and the country, thus perceived by the establishment to hold incorrect political stances. Article 6 of the International Covenant on Economic, Social and Cultural Rights (“ICESCR”), which has been ratified by China, directs state parties to recognise the right to work, and take appropriate steps to safeguard the same. Further, this right has been recognized as a fundamental human right under Article 23 of the Universal Declaration of Human Rights (“UDHR”). Article 29 UDHR expounds on the limitations to the rights enshrined under the declaration, which stipulates that such restrictions shall be imposed solely in order to ensure morality, public order and general welfare. However, curbing citizens’ right to work on the basis of their political opinions does not fall under any such justifiable limitation, since Article 2 UDHR and Article 2(2) ICESCR explicitly provide that no individual shall be discriminated against on the grounds of inter alia, ‘political opinion’.

Secondly, the third prong of the Circular directs the broadcasters to vigorously promote ‘Chinese traditional culture’ and ‘advanced socialist culture’. Behind this attempt lays bare the State’s larger scheme to suppress other diverse cultural expressions. Such an action blatantly violates Article 7 of the UNESCO Convention on the Promotion and Protection of Cultural Diversity, which calls upon state parties to undertake measures to promote a plurality of cultural expressions. Paragraph (1) of the provision directs states to create an environment wherein individuals have access to diverse cultural expressions. Moreover, Paragraph (2) calls upon states to support the contributions of artists in their larger role to nurture such an atmosphere. Article 26 of the Vienna Convention on the Law of Treaties (“VCLT”) mandates the performance of treaty obligations in ‘good faith’. While the order does not explicitly direct the suppression of diverse cultural expressions, it effectively goes against the very essence of the aforementioned provisions, despite them being ratified by China. Therefore, by deliberately abusing its discretion, China has failed to carry out its international law obligations in good faith, a practise deemed crucial in order to foster trust and reliance in international law.[1]

Thirdly, the Circular further requires broadcasters to ensure that all television programs depict the ‘correct aesthetic orientation’. It explicitly forbids the dissemination of content portraying ‘effeminate men’, derogatorily referred to as ‘niang pao’, and ‘other abnormal aesthetics’. In the past, the establishment has undertaken stringent censorship of ‘LGBT’ and other related terms on social media. According to Kristina Boréus, certain communities can be discriminated against by invisibilising them from the cultural landscape through the eradication of references to, and images of these communities from the public sphere. This can be better perceived through Pierre Bourdieu’s Theory of ‘Symbolic Annihilation’, which aims at denying the existence of targeted communities by representing them in a negative manner, or invisibilising them altogether. In essence, the authorities are attempting to forcibly instill a sense of masculinity, while trying to wipe out any ‘non-conforming’ aesthetic orientations from the popular media. Article 2 of the UDHR calls for the application of all rights and freedoms laid down in the declaration, to all persons, without any discrimination on grounds of inter alia, sex. In the case of Toonen v. Australia, the United Nations Human Rights Commission held that ‘sex’ under Article 26 of the International Convention of Civil and Political Rights encompasses ‘sexual orientation’ as well. Furthermore, there is significant jurisprudence claiming the inclusion of sexual orientation and gender identity under the term ‘other status’ in Article 2 UDHR. Therefore, the Chinese establishment’s actions are in flagrant violation of universally recognised principles of international human rights law.

Finally, the sixth prong of the fiat lays down certain canons that must be adhered to, for all programs broadcasted on audio-visual platforms. These include the obligation to conform to the correct political orientation in order to guide the public opinion along the correct trajectory. German philosopher Jürgen Habermas explained ‘public sphere’ as an area in social life wherein individuals gather to identify and discuss social issues. Three fundamental tenets of such discussions are: first, they are held freely; second, they influence political actions; and third, they help foster the growth of public opinion.[2] However, the order promulgated by the NRTA proscribes the development of such a Habermasean public sphere on all three counts. By limiting the discourse to what the establishment considers ‘correct’, the circular goes against the fundamental human right to freedom of expression and opinion. The same is enshrined under Article 19 of the UDHR which postulates, “…this right includes freedom to hold opinions without interference and to seek, receive and impart information and ideas through any media and regardless of frontiers.” There is significant acceptance that the UDHR enjoys the status of customary international law, thereby obligating China to respect and adhere to its provisions.

From Little Red Books to State Regulated Media: Parallels between Mao’s Revolution and the Emerging Situation in China

The recent actions of the Chinese government bear an uncanny resemblance to Mao Zedong’s Great Proletarian Cultural Revolution. The crux of the movement was an attack on the ‘revisionists’ who wanted to take on the ‘capitalist road’. Mao devised the Revolution to restore Chinese culture to its pristine purity, in line with his ‘Thought’. In the Chinese context, ‘Thought’ entails a set of ideological doctrines propounded by distinguished leaders, in furtherance of their socio-economic and political vision for the country. In the late 1960s, Mao’s loyal supporters, most of whom were young students, undertook a desperate campaign to save the Revolution. They traveled throughout the countryside, preaching ‘Mao’s Thought’ through their Little Red Books in order to steer public opinion in support of the socialist revolutionary fervour.[3] Recently, the Chinese Ministry of Education has introduced ‘Xi Jinping’s Thought’ to the State’s national curriculum. This reflects another systematic attempt by the establishment to push Chinese young minds towards endorsing and supporting the ‘correct ideology,’ instead of ‘fake fantasies’ broadcasted to the public. As was in the past, a highly polarized discourse is being used as a tool to demonize all that is seen as unwanted by the establishment,[4] in order to further a ‘New Cultural Revolution.’

Artistic expression through various forms were mandated to conform to Mao’s revolutionary ideas through the creation of ‘a new visual culture’. State control over art production often mandated creative individuals to take on solely State-approved projects. For instance, the works of many well-respected artists were destroyed if they failed to conform to Mao’s vision. The only difference today is the media of dissemination of the ‘Thought’: instead of the Little Red Books, television and radios along with other forms of public media are being utilized in order to influence perceptions and discussions of the consumers. In a broader context, the new Cultural Revolution has adopted a top-down approach, that is being enforced through legal dicta, instead of the bottom-up approach that Mao had used to appeal to the masses.

The Circular aims at establishing an ‘industry atmosphere of love for the Party and the State’ while ‘upholding morality’. Implied in this statement is the goal of the Chinese establishment to imbibe a forced deference towards the State. It captures the essence of the Circular, which aims at laying down certain practices and ideologies that are ‘correct’, and in adherence to Jinping’s ‘Socialist China’. The current situation is thus reminiscent of Mao’s Cultural Revolution. While there may not be violence and bloodshed on the streets that characterized the original movement, the essence of the revolution remains the same: a bare attempt to preserve the intrinsic socialist ethos of China, as perceived by the Politburo of the Party.