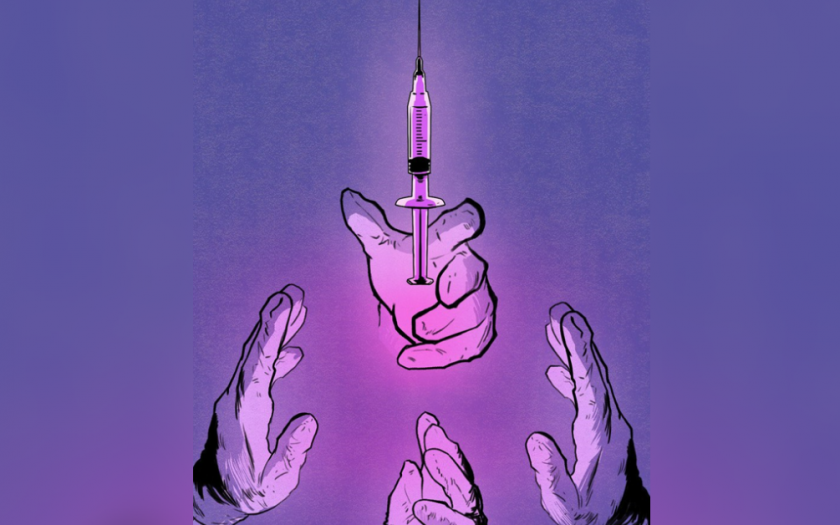 Vaccines have immensely contributed to public health in this country. India successfully controlled diseases such as smallpox and polio. The Jan Andolan in favour of the Pulse Polio program is a classic case study of how public-private partnerships can yield results for the benefit of public health. In the present times, humanity is facing a new health crisis, and vaccines are the best defence against the infectious Covid-19 disease.

Generally, vaccines are very safe, but like all medicines, they pose some risks. Recently, the National AEFI committee completed a causality assessment of about 362 Adverse Events Following Immunization cases for Covid-19 vaccination. Among those, only 136 had a causal association to immunization. To vaccinate its citizens against Covid-19, India has approved seven vaccines for use and thirteen for clinical trials, but the vaccination drive is primarily driven by only two vaccines, ‘COVAXIN’ and ‘COVISHIELD’.

Vaccine makers invest large sums of capital and time for the research and development of a vaccine. If the credibility of vaccines is questioned before the courts, the vaccine makers fear losing huge capital and reputation. This fear is not wholly unwarranted. American vaccine makers have had a bitter experience of vaccine-related litigations from the 1960s until the 1980s and had to shed millions in legal costs. So much so, a market imbalance was created with the withdrawal of many vaccine makers, fearing hefty liabilities imposed by several US courts in product liability lawsuits. At one point, Lederle Laboratories was the sole manufacturer of Diphtheria, Tetanus, Pertussis vaccine and Merck Sharp & Dohme was the only vaccine maker for measles, mumps and rubella vaccines.

Under such circumstances, the US government introduced a “no-fault liability” mechanism under the National Childhood Vaccine Injury Act of 1989. Under which, the claimant is not permitted to initiate any civil action for damages against the vaccine maker for an amount greater than $1,000. Also, the courts are barred from awarding any damage beyond this amount. Similar provisions have been made under the Public Readiness and Emergency Preparedness Act (PREP Act) which exclusively deals with an epidemic, a pandemic, or a security countermeasure in the US. In return, the claimants are offered reasonable compensation under the National Vaccine Injury Compensation Program (“NVICP”).

Historically, the no-fault liability mechanism has been implemented only in high-income countries. However, the program is now being expanded for low and middle-income countries under GAVI’s COVAX initiative accompanying a liability waiver for the vaccine makers.  Vaccine makers are demanding a similar liability waiver from the Indian government for vaccines supplied directly to India and not sourced through COVAX.

Beyond the conceptual background of a no-fault liability waiver, an issue arises concerning the practical form of liability waiver. The US Supreme Court in Brueswitz et al. v. Wyeth LLC interpreted the product liability provision in favour of vaccine makers giving them a blanket waiver. In the instant case, a young child had suffered severe brain damage and a permanent seizure disorder within hours after receiving her DPT vaccine. However, the US top court held that vaccine makers would be exempted from design defects liabilities if proper warnings accompany the vaccine. The dissenting opinion authored by Justice Sotomayor and late Justice Ginsburg noted that vaccine makers should be held liable if they were involved in practising known design defects.

Contrary to the reasoning of the US Supreme Court, the European Court of Justice (ECJ), interpreting the EU’s product liability directive in NW and Others v. Sanofi Pasteur, held that the vaccine makers could be held for a defective vaccine if there is “specific and consistent evidence” against them. Unlike the US model, the EU model provides a limited liability waiver to the vaccine makers.

In India, the product liability provisions (Chapter VI) have been recently introduced under the Consumer Protection Act, 2019  which provides for manufacturer’s liability for any harm caused by the product if an adequate warning was not issued. The provision explicitly covers design defects which were the main issue before the top courts of the US and EU. So far, India has not witnessed any such claim before its consumer courts. Instead, litigants in India have triggered writ jurisdiction of the High Courts.

Lastly, a liability waiver favouring vaccine makers does not automatically pre-empt criminal proceedings for public health offences. The Indian Penal Code, 1860, the Disaster Management Act, 2005  and the Drugs and Cosmetics Act, 1940  contain various provisions for such offences. A civil exemption under a special law (a possible liability waiver law) does not forestall criminal proceedings under a competing special law. An additional worry for the vaccine makers relates to frivolous litigation and unruly media publicity. These issues could be resolved only by a well-drafted specific law governing immunization in India. The colonial Vaccination Act, 1880 was repealed in 2001, following which no specific immunization law has been drafted. The immunization programme is driven under a policy that lacks statutory backing.

In a scenario when the liability of vaccine makers is waived, an alternative mechanism is must compensate the persons suffering vaccine-related injuries. Prof. Christopher Hodges suggests that, while vaccination is critical for collective public health, there is also a need to develop a policy of social solidarity for individuals who develop adverse effects in rare instances. Many advanced economies have introduced vaccine injury compensation schemes to support public confidence in favour of vaccination programmes. However, existing Indian laws provide an incoherent regime. As per the Drugs and Cosmetics Rules, 1945, vaccine promoters are required to compensate the injured persons when the vaccine is under the clinical trial stage. But this duty does not extend after the clinical trials when the vaccine is approved for the public at large. This incoherency leaves ample room for various judicial interpretations based on the facts and circumstances of each case.

On the contrary, a compensation scheme based on no-fault liability mechanism provides an alternative to the traditional legal system for resolving vaccine injuries related claims. As per the US’s VICP, the claimants file their claim against the Health Department before the US Court of Federal Claims, which are assessed as per the Vaccine Injury Table. Under the VICP the claimant does not bear an additional burden of proof if the onset of adverse effects falls under the prescribed period of the vaccine injury table. Similar programs have been introduced in several other countries including China, Singapore and South Africa which offers swift remedy replacing long-drawn litigations. Another study comparing compensation schemes in the Nordic countries concludes that litigation is an expensive and restricted avenue that remains inaccessible for most vaccine recipients. A compensation scheme transitions the claim process from adversarial tort litigation to a purely investigative one. In India, an effective compensation scheme makes more sense compared to relying upon an overburdened judicial system.

A concern may emerge regarding the financing of the compensation schemes. While a majority of existing compensation schemes are government-funded there exist alternative models of financing. The US’s VICP is run by a Vaccine Trust, a corpus funded by “vax tax”, an excise levied on the vaccine-makers. Similar levies are prescribed by Australia under its Covid-19 vaccine claims scheme. India could encourage public-private partnerships for funding the compensation scheme and even integrate the scheme with the recently launched PM CARES fund dedicated to the fight against Covid-19.

Some suggest that existing compensation schemes may suffer under the inclusion of diseases or delays in paying claims, but those are curable flaws. The majority of the compensation programs were introduced in the 1980s, which may not be suited for the needs of the 21st century. Prof. C. Hodges lays down a seven-point design for contemporary compensation schemes. First, fair compensation (not capped to a low amount) is to be provided. Second, the compensation must be attractive compared to damages the courts may grant. Third, the schemes must be administratively governed and not be court-based. Fourth, investigative mechanisms must be followed instead of an adversarial system for determining compensation. Fifth, governance of the scheme must adhere to fairness, legality, independence, expertise and transparency. Sixth, the claimants shall not be denied access to the courts; instead, they should be encouraged to prioritize the administrative mechanism over litigation. Seventh, the compensation should be based on specific symptoms and timing of occurrence after inoculation.

Recently, in a PIL, the Supreme Court of India passed guidelines for releasing ex-gratia compensation of Rs 50,000 each to the families affected by death due to Covid-19. While the directions from the apex court are welcoming, the state lacks a legal mechanism for determining the compensation costs for victims of medical injuries. Compensation for injured during clinical trials were also introduced after a Rajya Sabha report on alleged irregularities surrounding the HPV vaccine and a PIL in the Supreme Court.

The government must act proactively instead of being driven by PIL led governance. A vaccine law that lays down rights of vaccine takers and liabilities of vaccine makers with a combination of vaccine injury compensation schemes is the need of the hour.

Gursimran Singh Narula is a lawyer and alumnus of IIT Kharagpur Law School.