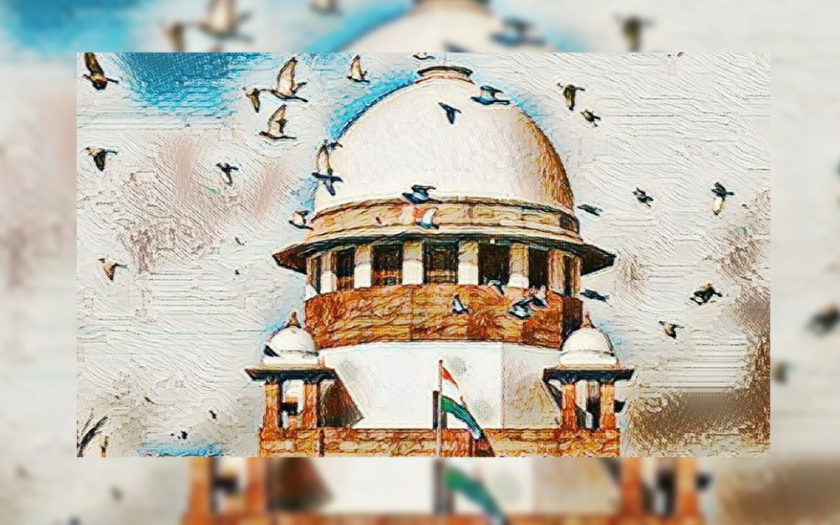 [ Ed Note: This article has been written by Raghuveer R. Sattigeri. The article has been co-edited & coordinated by Mariyam Mayan, Gayatri Gupta & Anushri Bhuta from our Student Editorial Board. This is part 1 of a two-part series on the history behind the demand for structural changes in the Supreme Court of India. Part 2 can be accessed here.]

Over the years there have been demands for structural changes in the Supreme Court of India [“SC”] based on different grounds including the strength of judges, regional representation in judiciary, location of the Court and its function, etc. In this piece, I look at two specific demands on the grounds of location and function owing to the historical significance and current relevance of the same. The demand on the ground of location relates to the establishment of regional benches of the SC in order to provide better access to people from different regions; and the demand on the ground of function relates to the institutional division of the SC into Constitutional and Appellate Courts. To mention a few recent instances, on July 26, 2021, the Chairmen of the Bar Councils of the southern States met and appealed to the Chief Justice of India, Justice N.V. Ramana, and Vice-President, Mr. Venkaiah Naidu, to consider their demand for setting up a southern bench of the SC. On March 18, 2021, K.C. Ramamurthy, MP from Karnataka, put forth his demand in the Rajya Sabha for having four regional benches of the SC. The Law Commission of India [“LCI”], on several occasions (in its 95th, 125th & 229th Reports), has recommended the division of the SC into Constitutional and Appellate Courts.

The roots of these two demands go back to the pre-constitutional period and have been dealt with in two phases of history. The evolution of the Federal Court, relating to the demand of institutional division, can be classified as the first phase, and the Constituent Assembly Debates relating to the demand of regional benches, can be classified as the second phase. In this piece, I attempt to understand these historical claims by drawing inferences from George Gadbois’ book[1] titled, ‘Supreme Court of India: The Beginnings’, more particularly from Chapter One -‘Evolution of the Federal Court of India’, and from the Constituent Assembly Debates.

I then attempt to relate these historical claims to the current context with the help of empirical findings. While there are many empirical studies done by scholars on the Indian SC, including those by Abhinav Chandrachud, Nick Robinson, Aparna Chandra et al., Tarunabh Khaitan etc., I  rely on two studies: one by Nick Robinson on the demand for regional benches and the other by Tarunabh Khaitan on the demand for institutional division.

Before 1937, the year in which the Federal Court was established, British India did not have an all-India level Court. Matters were taken up by the High Courts and from there the appeals were taken to the Judicial Committee of the Privy Council. George Gadbois, in his book, engages with historical documents and helps us in understanding the narratives behind the establishment of the Federal Court. The history of its establishment starts with the efforts made by Hari Singh Gour, a member of the Central Legislative Assembly, who pitched the idea of having an indigenous all-India level Court based on a few reasons, including that of the distance and expenses incurred in carrying an appeal to the Privy Council. In the year 1921, he introduced a resolution in the Assembly and recommended the establishment of a Court of Appeal in India that would replace the Privy Council for such matters. However, the proposal was rejected in the Assembly because it was considered impractical to get great lawyers and jurists from England to come and argue before the Indian benches; and that the establishment of an all-India level court would have financial repercussions.

Gour’s proposal for having an all-India level court took a new shape in the Round Table Conferences held from 1930–32, particularly in the Third Conference. By this time, the only question considered was whether there should be two separate courts i.e., a Federal Court for constitutional matters and a Supreme Court for appellate matters or only one court which would sit in two divisions. Although Tej Bahadur Sapru and his colleagues argued for the former, they agreed to the latter in the interests of economy and efficiency. According to a few, the Supreme Court was not an essential part of the new Constitution, as the idea behind having a Supreme Court was to hear only appeals, whereas the need of the hour then was a Court to adjudicate federal issues. Hence, in the absence of consensus, the idea of having a separate appellate court (Supreme Court) was dropped. The recommendation for having a Federal Court was published in a document called White Paper Proposal, 1933, which formed the basis for the Government of India Act, 1935, finally paving the way for the establishment of the Federal Court in India. In Gadbois’ words – “matter of a Supreme Civil and Criminal Appellate Court was left hanging, to be taken up again at some later date by some other body”.

Findings in support of the claim for Institutional division:

Looking at the examples cited above, we can infer, although not conclusively, that the increase in the total number of pending cases is affecting the adjudication of constitutional cases of the Supreme Court. However, to draw a meaningful and conclusive inference, there is a need for a comprehensive study on the following aspects:

Raghuveer R. Sattigeri is a lawyer and his areas of interest are Constitutional Law, Welfare Rights, and Legal System Reforms.

Demands for Structural Changes in the Supreme Court of India: A Historical Overview (Part 2) – NALSAR University of Law | Library | eLibrary

[…] [ Ed Note: This is part 2 of a two-part series on the history behind the demand for structural changes in the Supreme Court of India. Part 1 can be accessed here ] […]